Do compostable and biodegradable straws actually decompose? I tested straws from 5 fast-food retailers by putting them in a home-made compost bin from April 25, 2020 to January 3, 2021

I think A&W will decompose the most because I learend that it takes paper straws 45 - 90 days to decompose and compared to Harveys, A&W is a thiner paper straw.

Harmful single use plastics pollute our lakes, rivers and oceans. Justin Trudeau wants to implement a ban on “harmful single use plastics” such as bags, cutlery and plates by as early as 2021. North Americans use hundreds of millions of drinking straws every day. Keeping straws and stir sticks out of the oceans saves the sea life that mistake them for food. Drinking without straws can reduce waste. Some people with disabilities can’t manage the task to drink without a straw to help.

Research poll for The Globe and Mail, 81 percent of Canadians supported or somewhat supported a total ban on single use plastics. Plastic pollution is a global challenge that requires immediate action. It ends up in our landfills and incinerators, litters our parks and beaches, killing turtles, fish, and other marine mammals. Our unrecycled plastics live in the environment for hundreds even thousands of years and because they don’t disappear they turn into microplastics.

Composting is a way to turn fruits and other things like biodegradable straws back into dirt. It’s good because less stuff ends up in the landfill. If you have a dead plant then it can be composted and turned into new dirt for new plants.

Grass and paper in the landfill never break down. In 2013 there was dug up newspaper from 1974 that was still in tact, grass looks the same. There is no oxygen in landfill, composting needs oxygen. In 2014 in black carts 65% organics, 15% was recycling and 20% was garbage. By 2036 there will be zero waste. By 2025 only 30% goes to the landfill. At the composting facility they do not accept compostable foodware.

Did you know that every year Canadians discard millions of tonnes of plastic garbage.

Did you know that the highest support for Justin Trudeau’s harmful single use plastic ban was in British Columbia and the lowest support was in the prairie provinces.

Did you know that less than 10 percent of plastic in Canada gets recycled.

Did you know every year Canadians throw away over 3 million tonnes of plastic waste.

Did you know one third of the plastics used in Canada are for single use or short lived products and packaging.

Did you know 57 million straws are used daily.

Did you know every year one million birds and 100,000 sea mammals die when they mistake plastic for food.

Did you know about 3m tonnes of plastic waste is thrown away each year in Canada.

-Noticed an increase in plastic use during the pandemic

-Switching will be expensive

-Paper straws are the best biodegradable straws in the buisness

-Tim Hortons switched to paper straws in December of 2020

Before I put the straws in 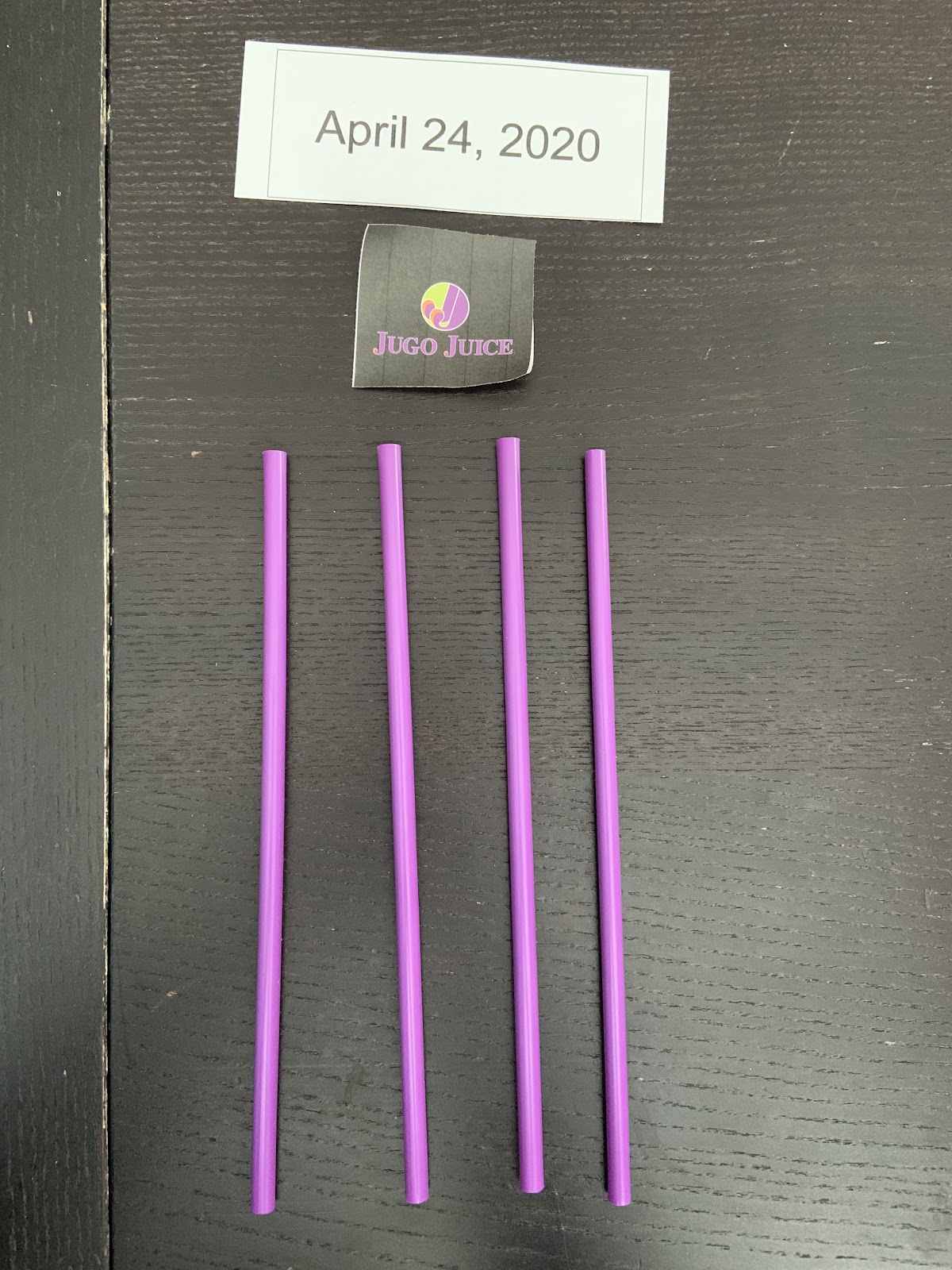 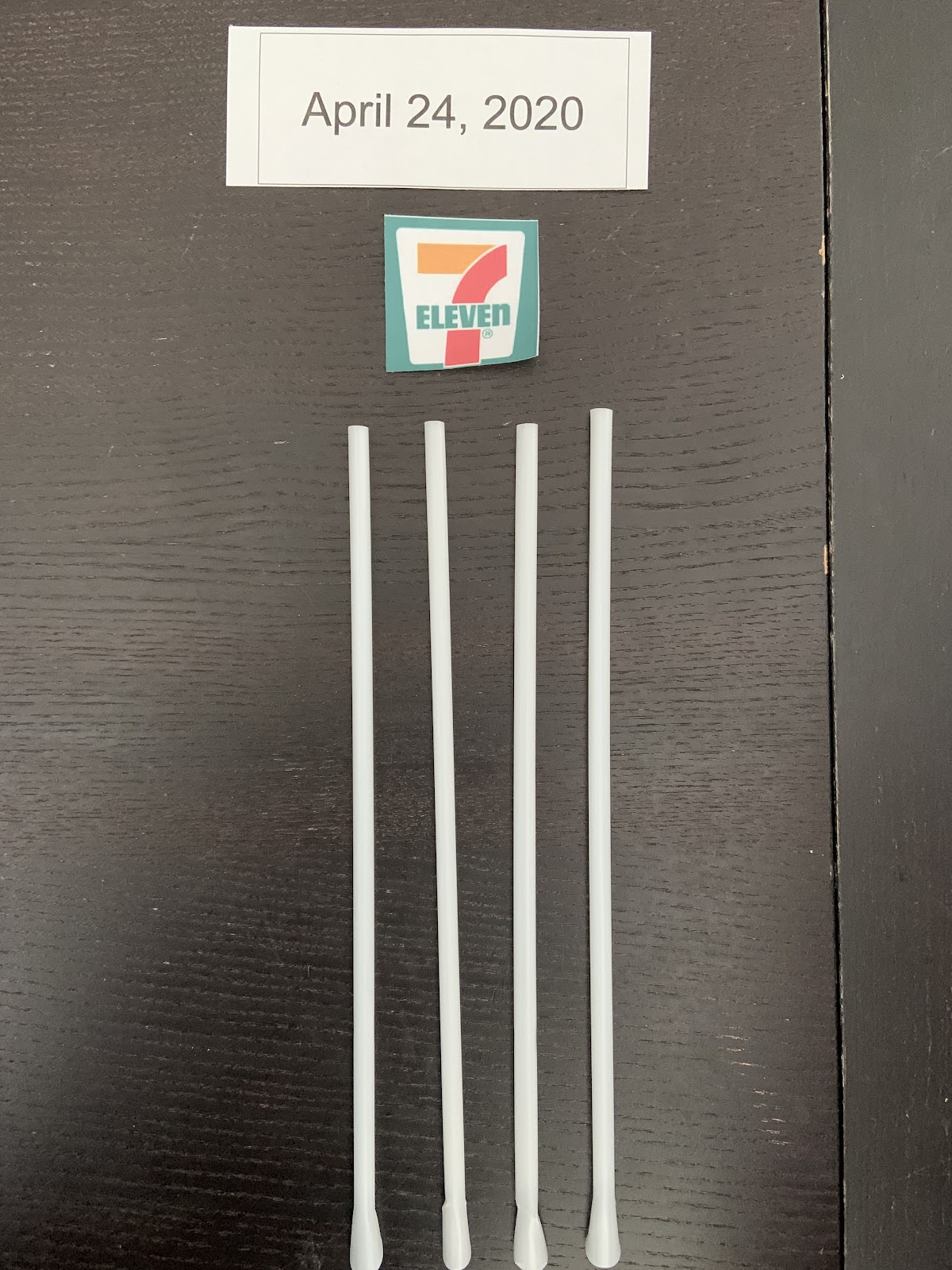 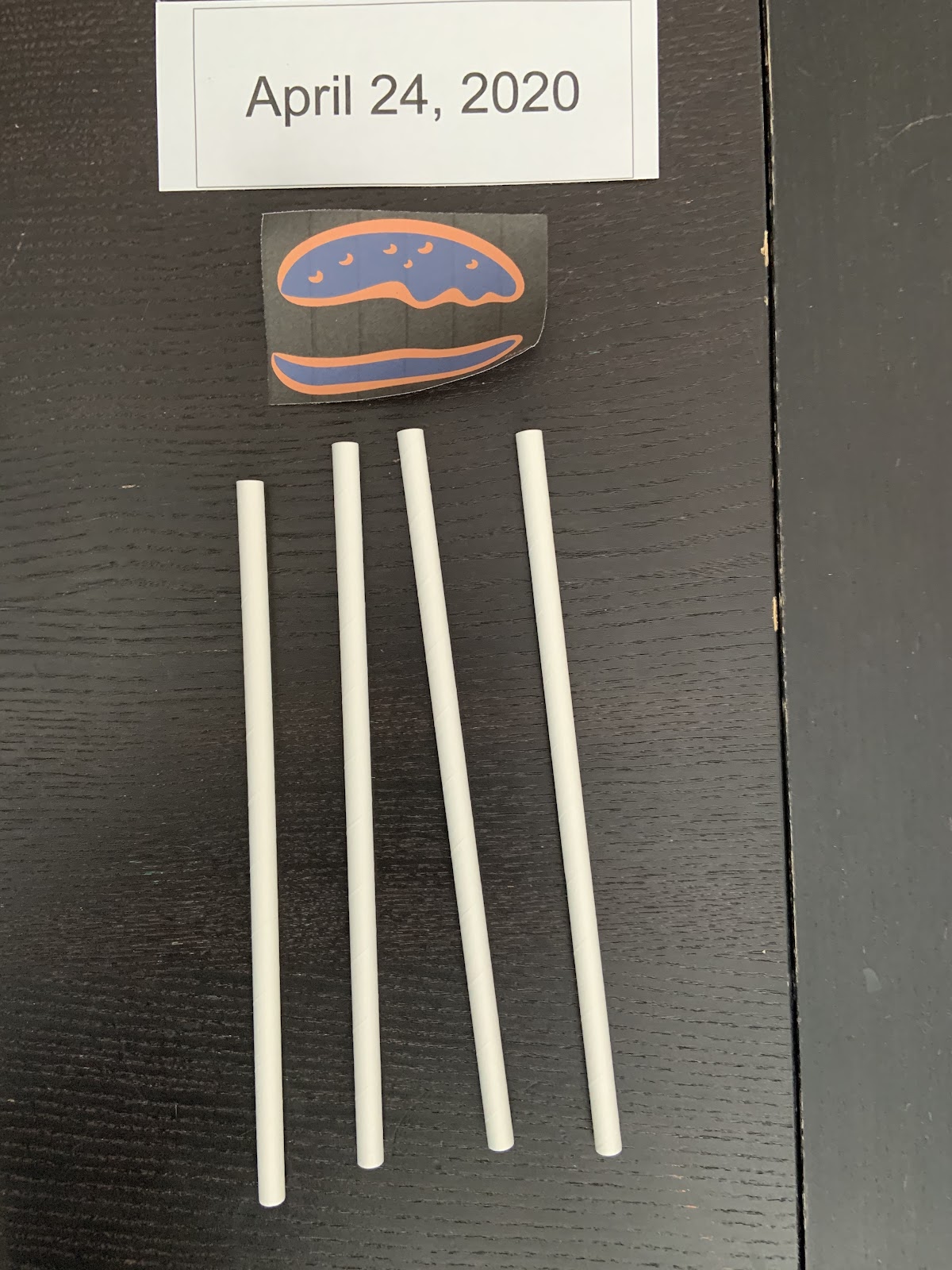 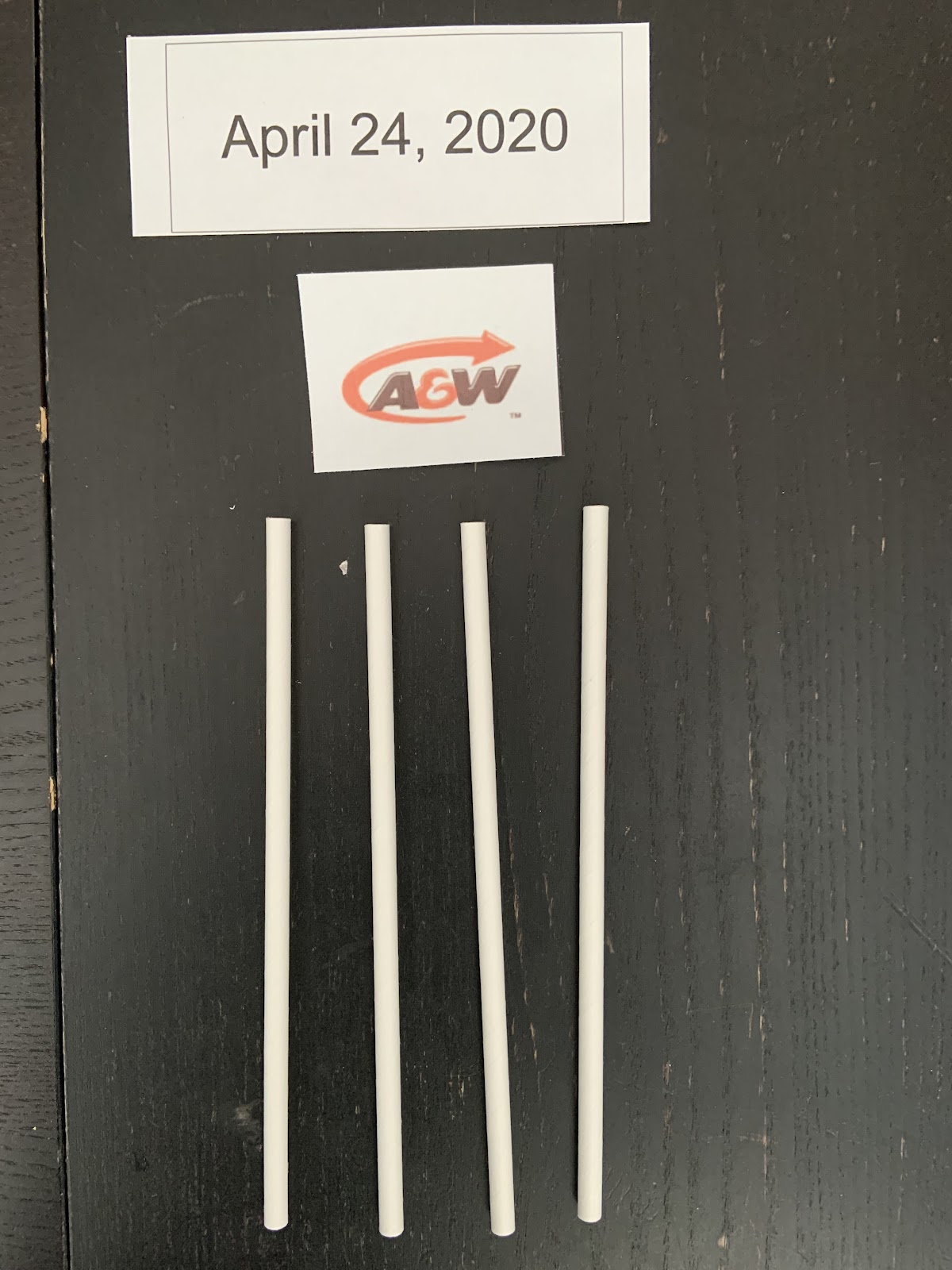 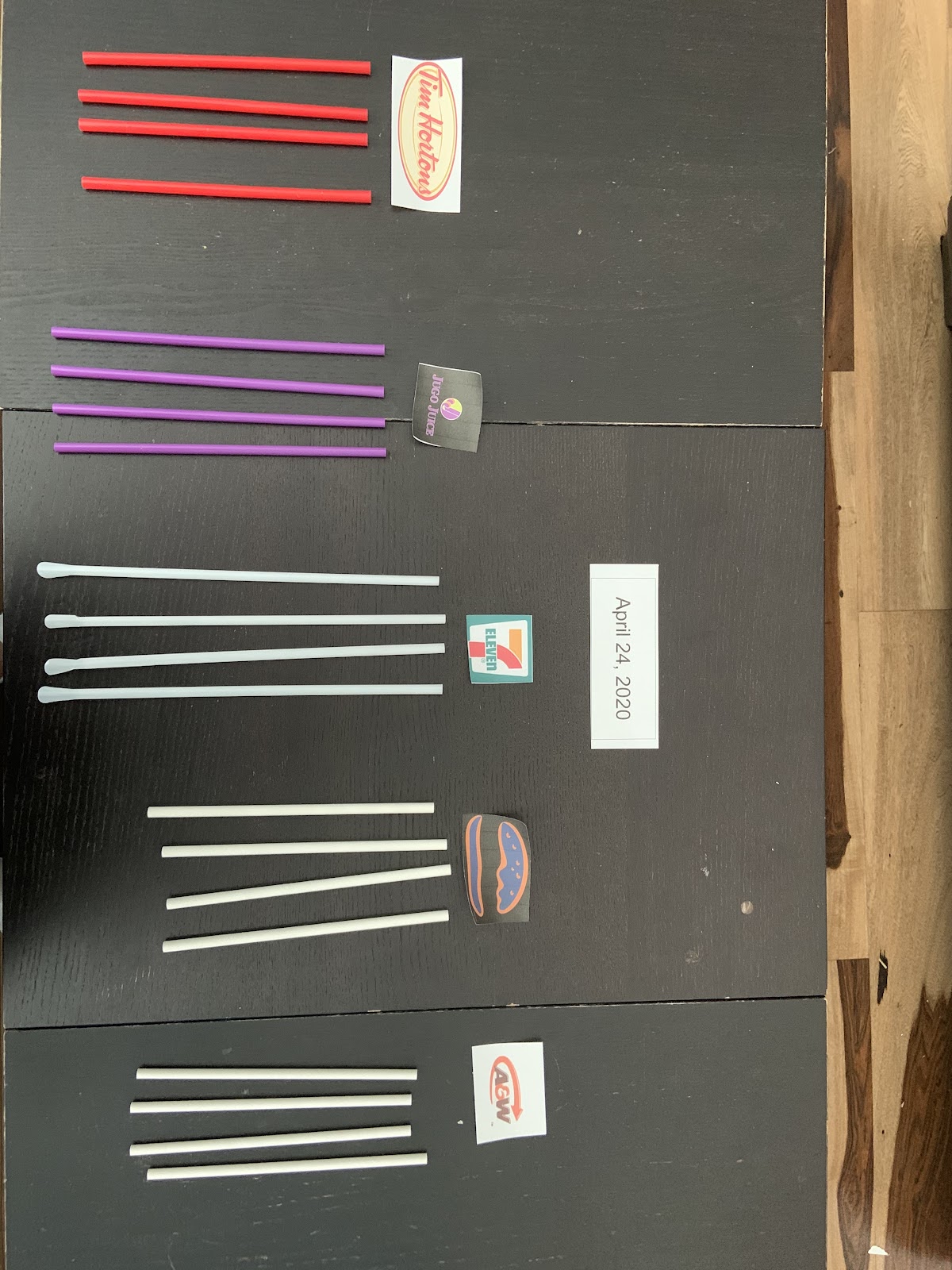 Process of putting the compost bins together 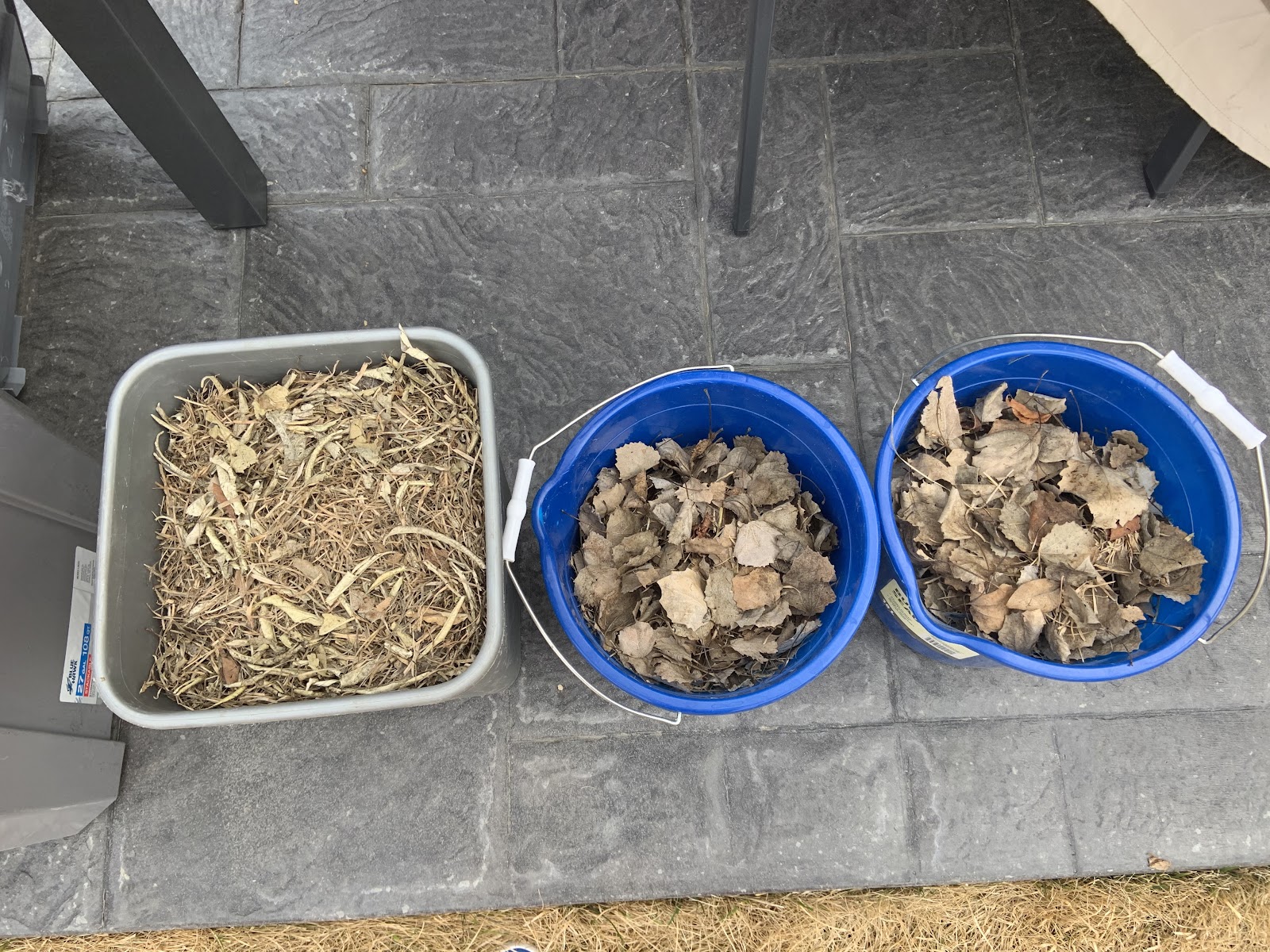 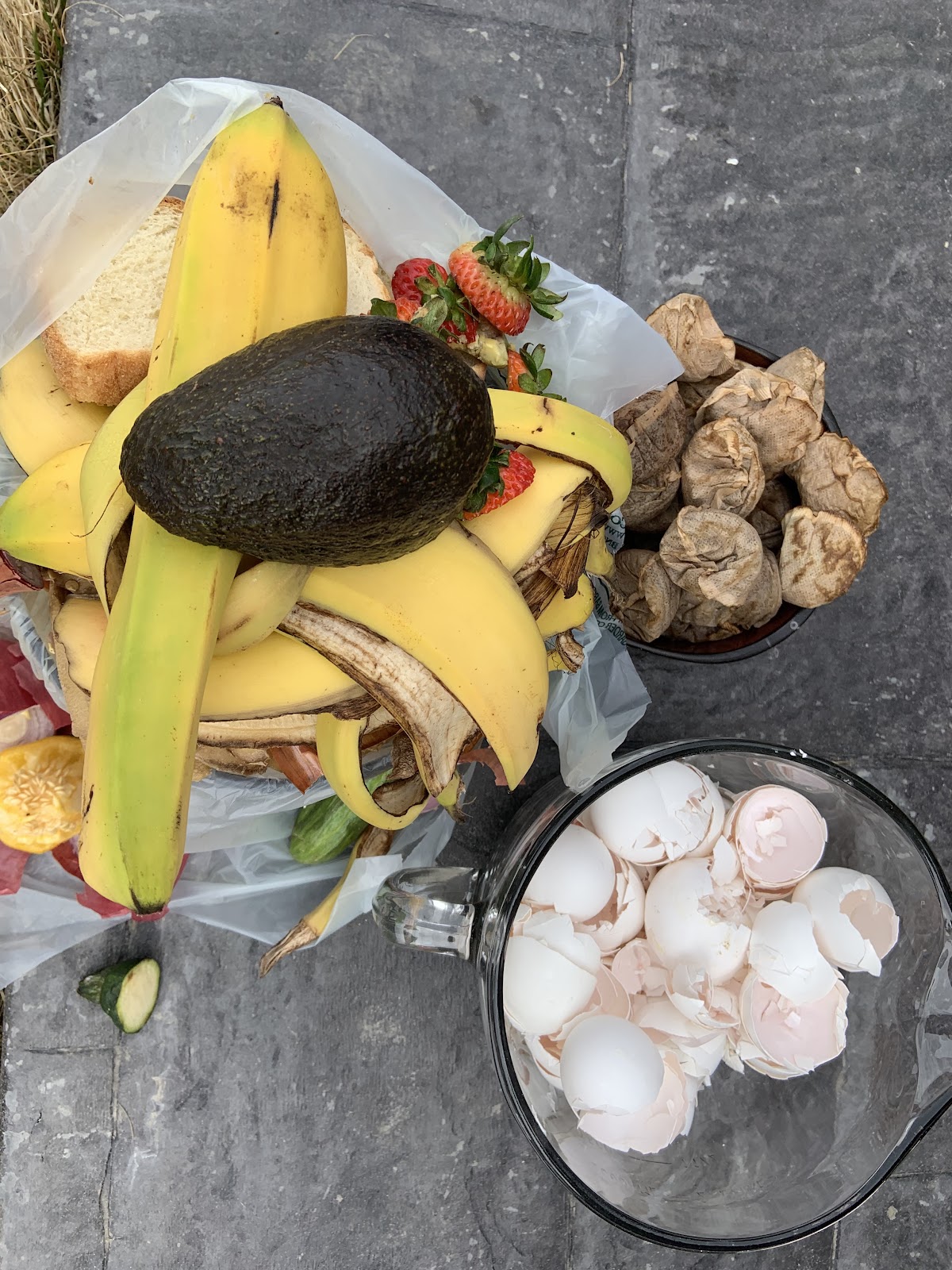 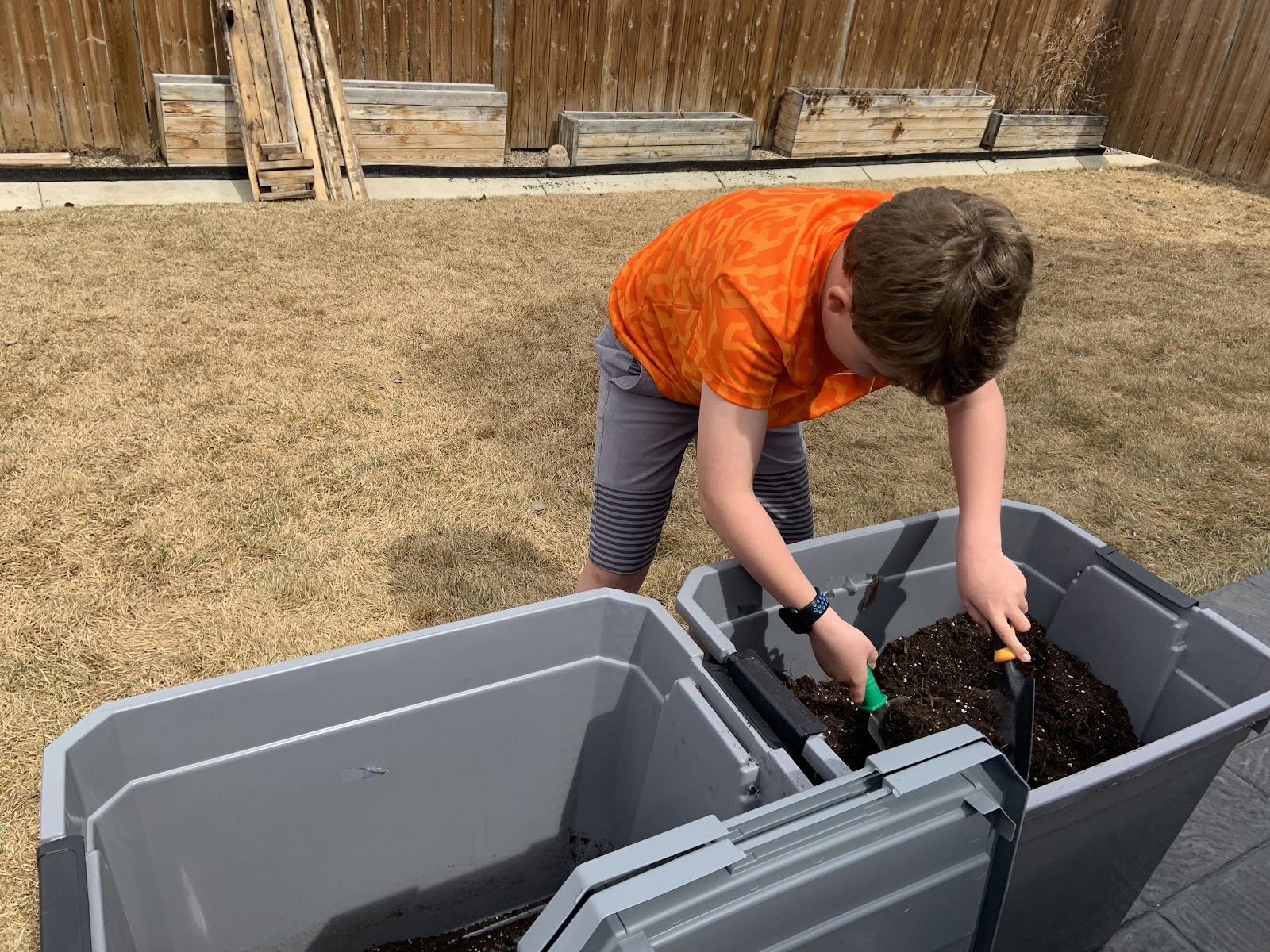 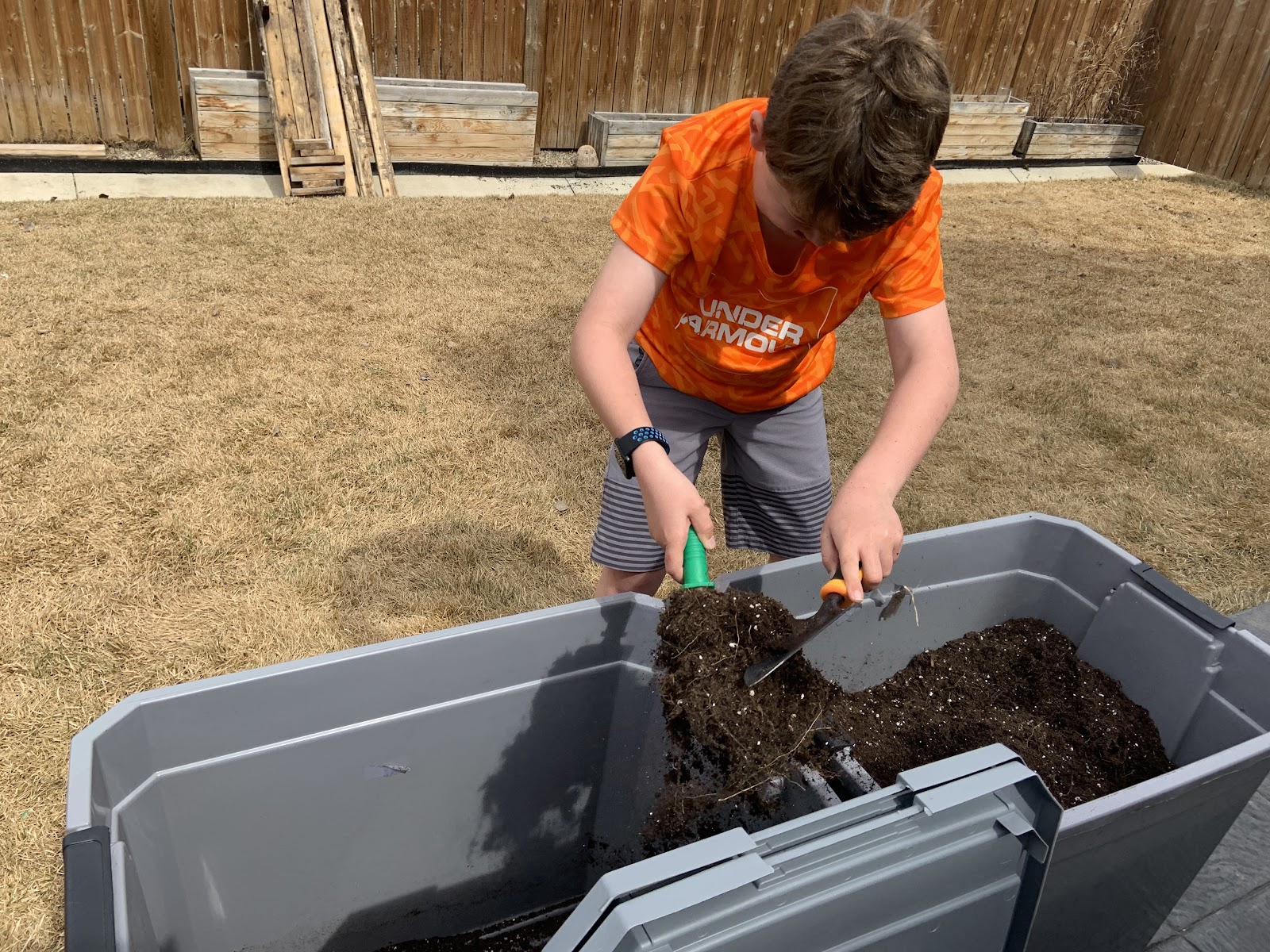 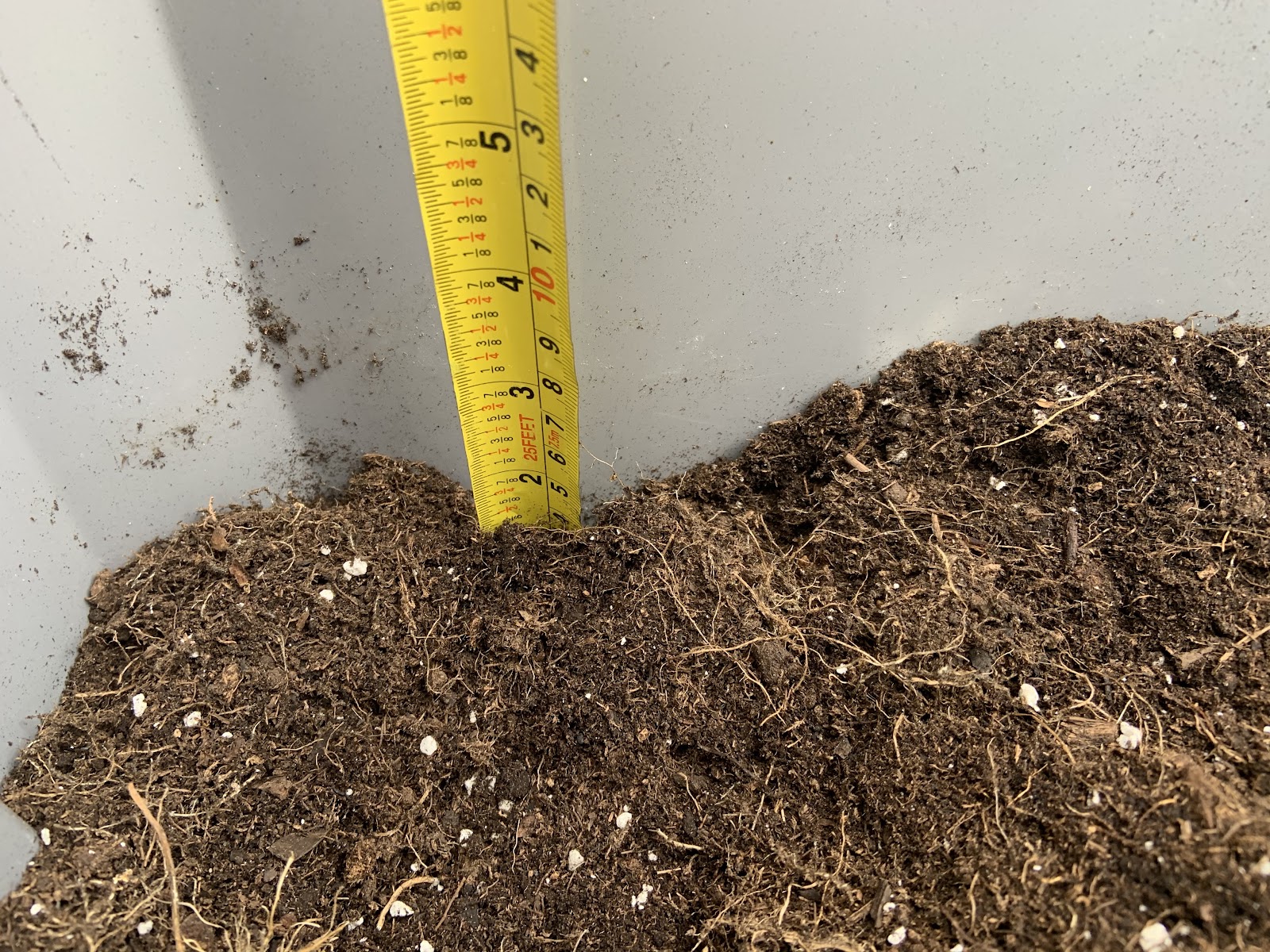 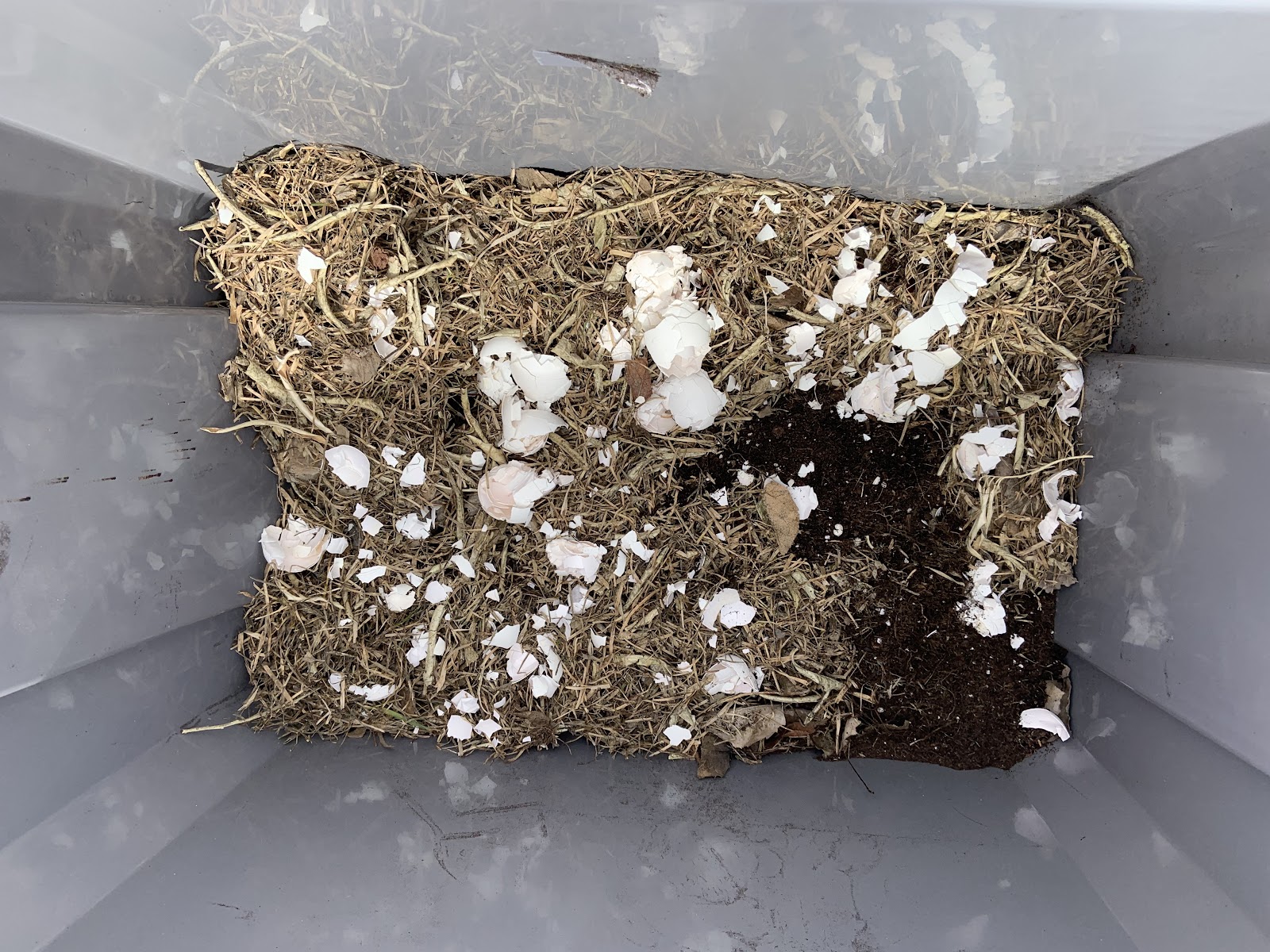 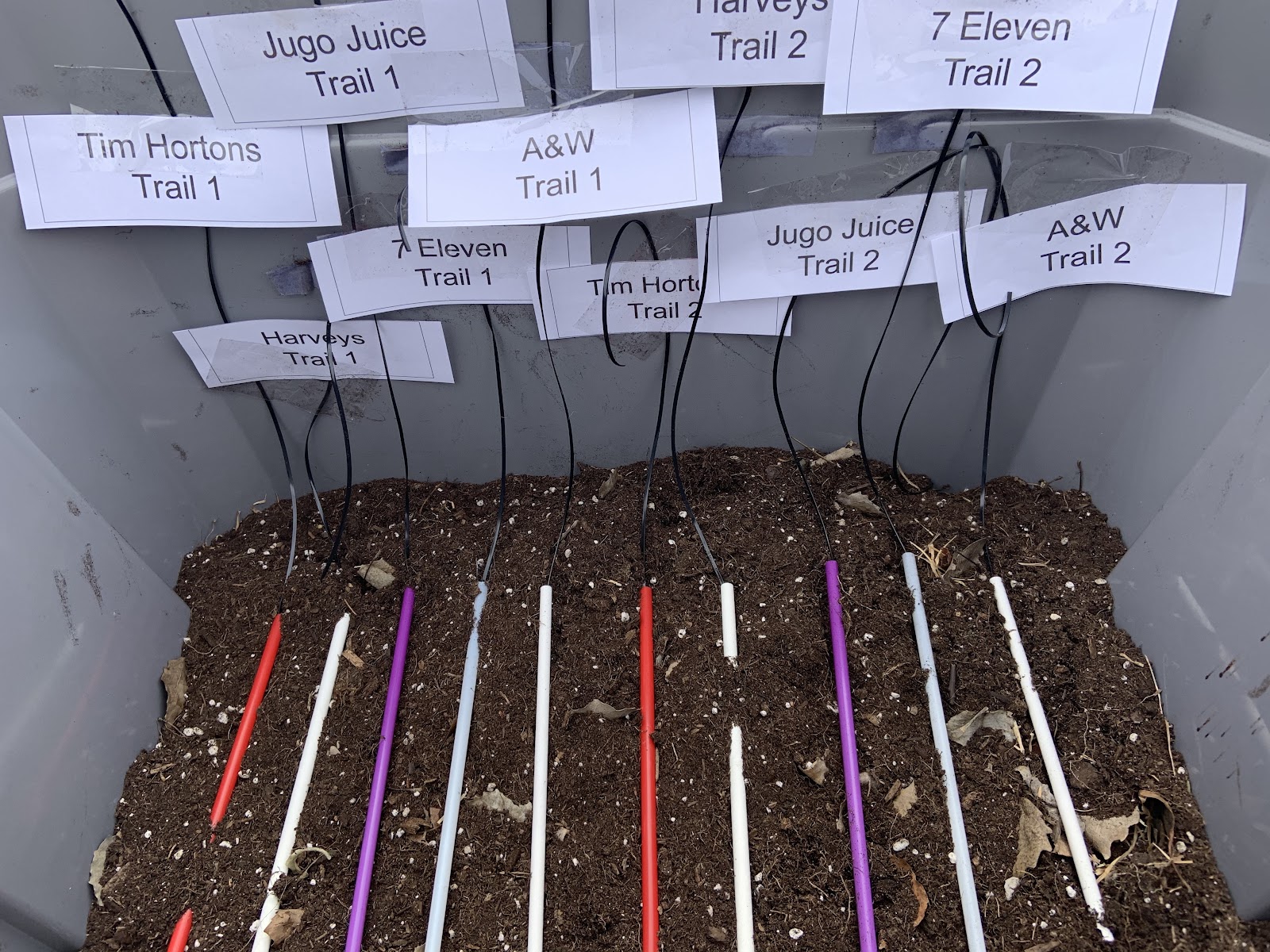 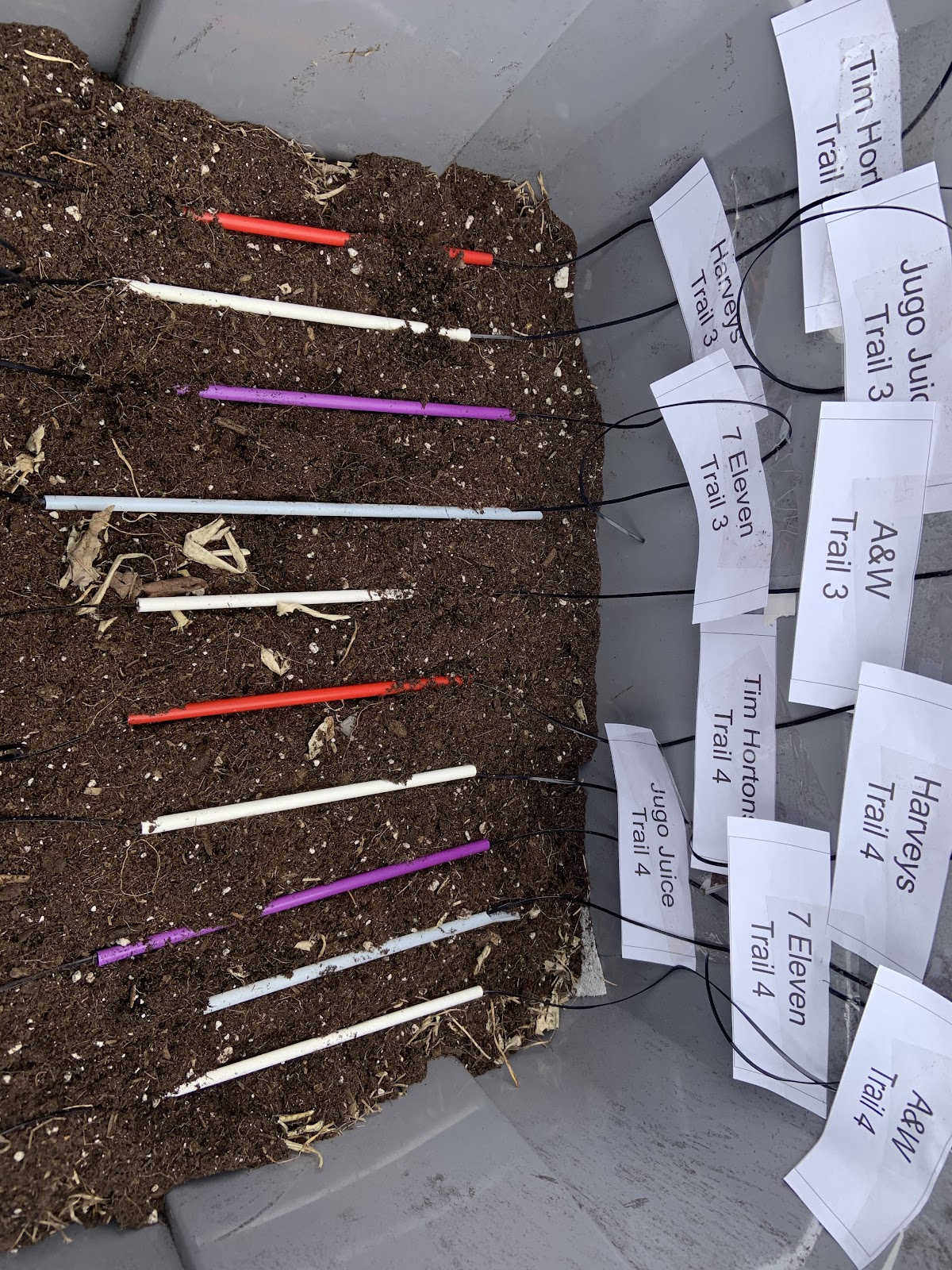 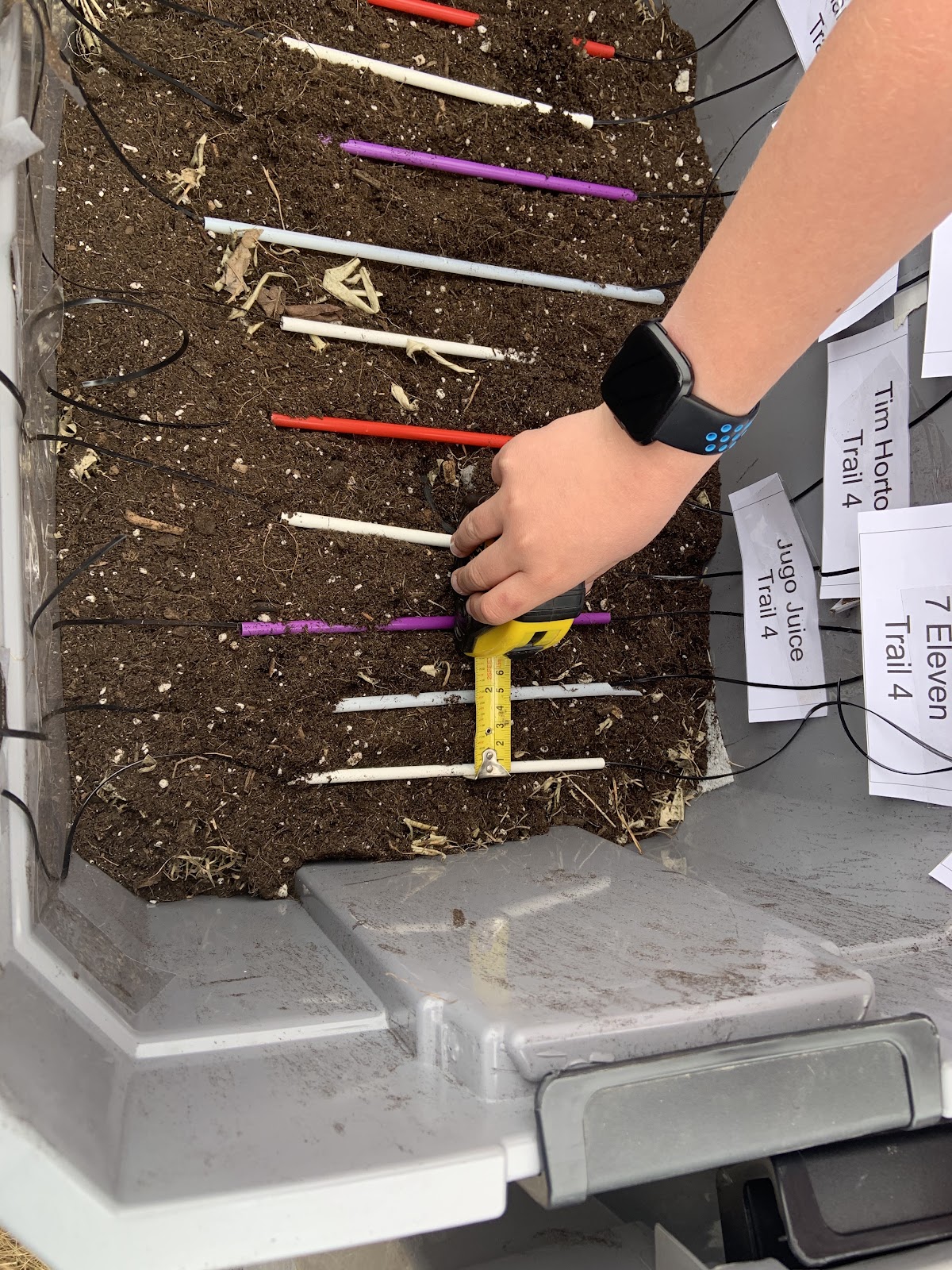 After 253 days in compost 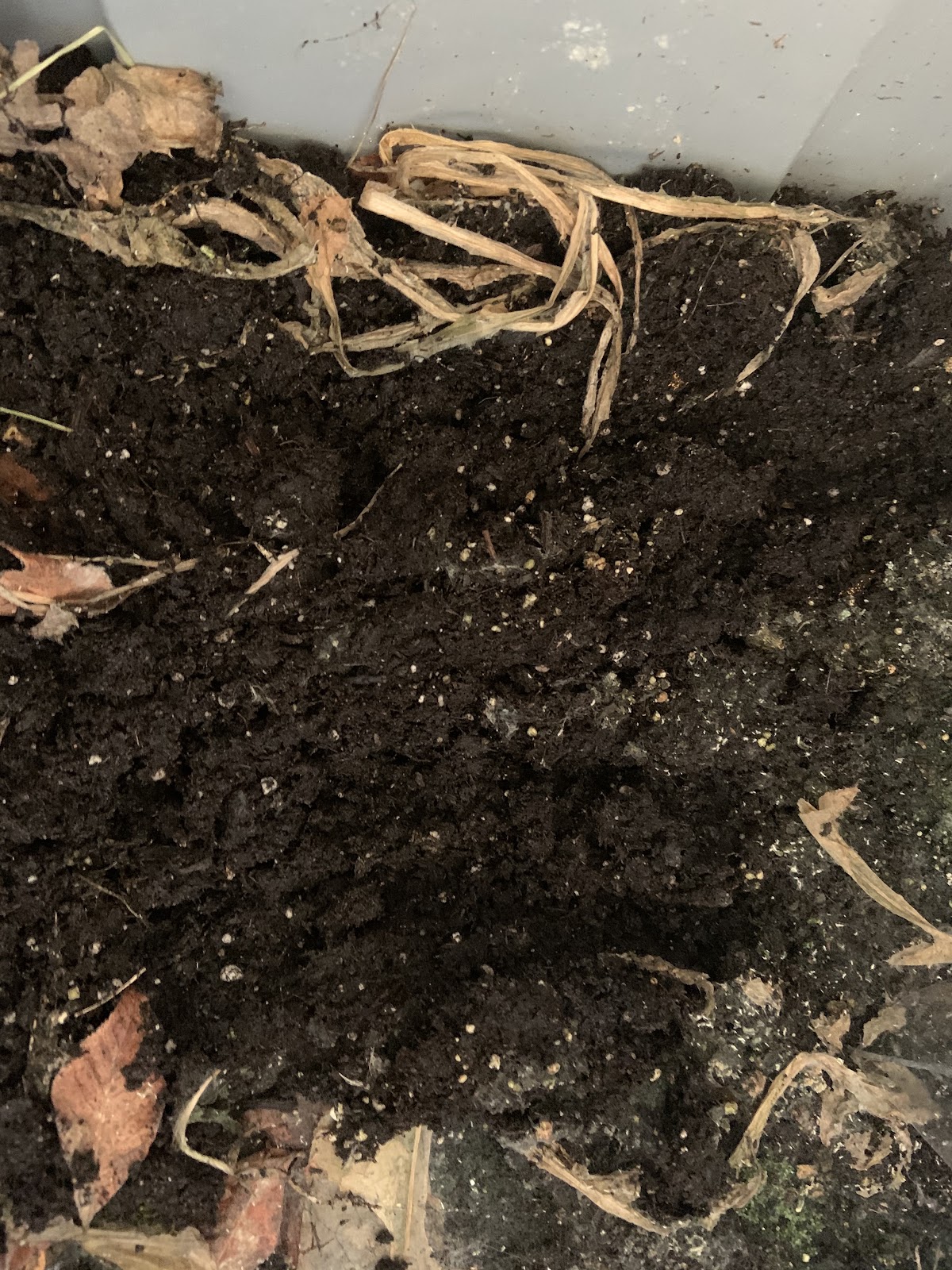 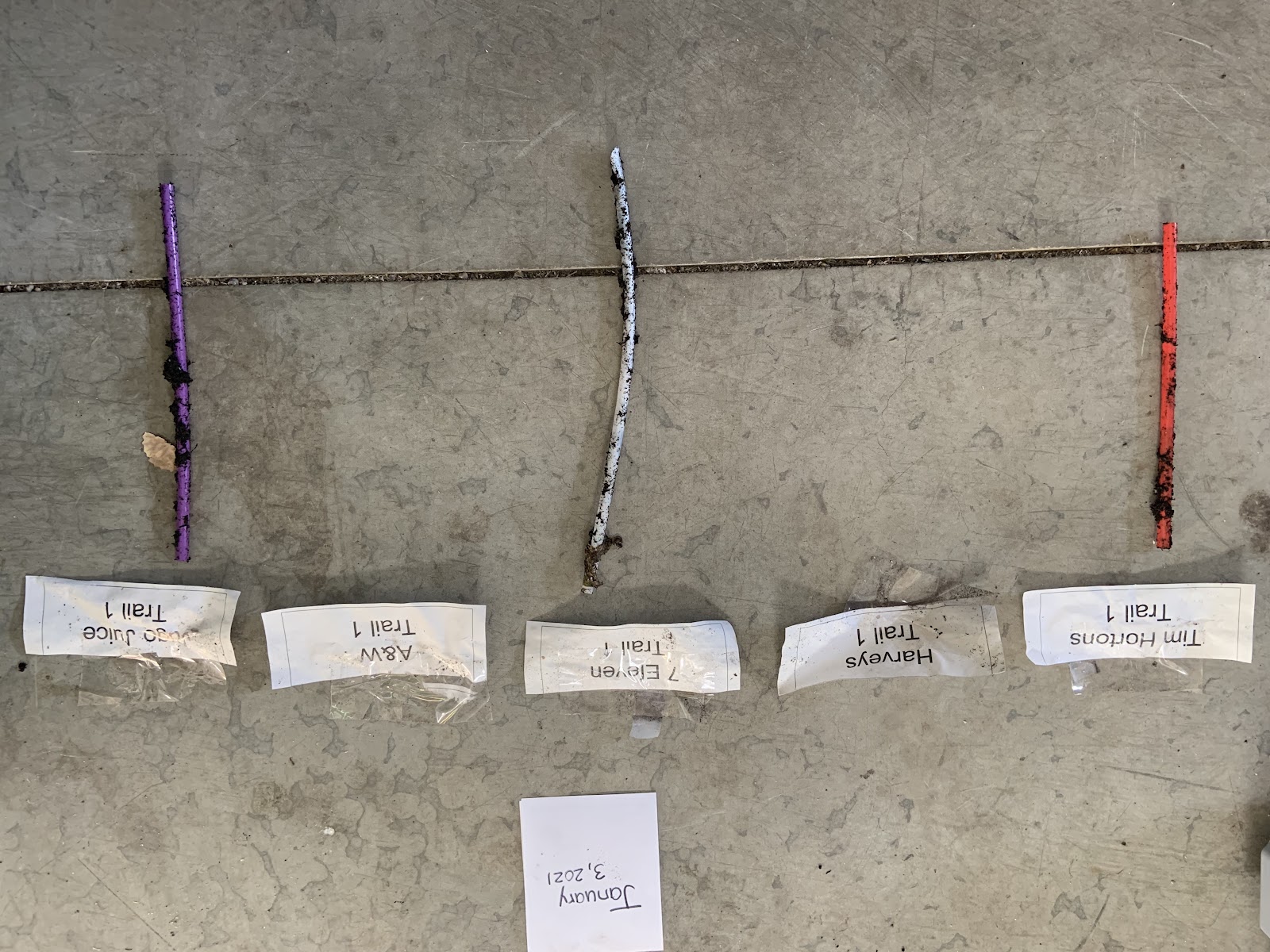 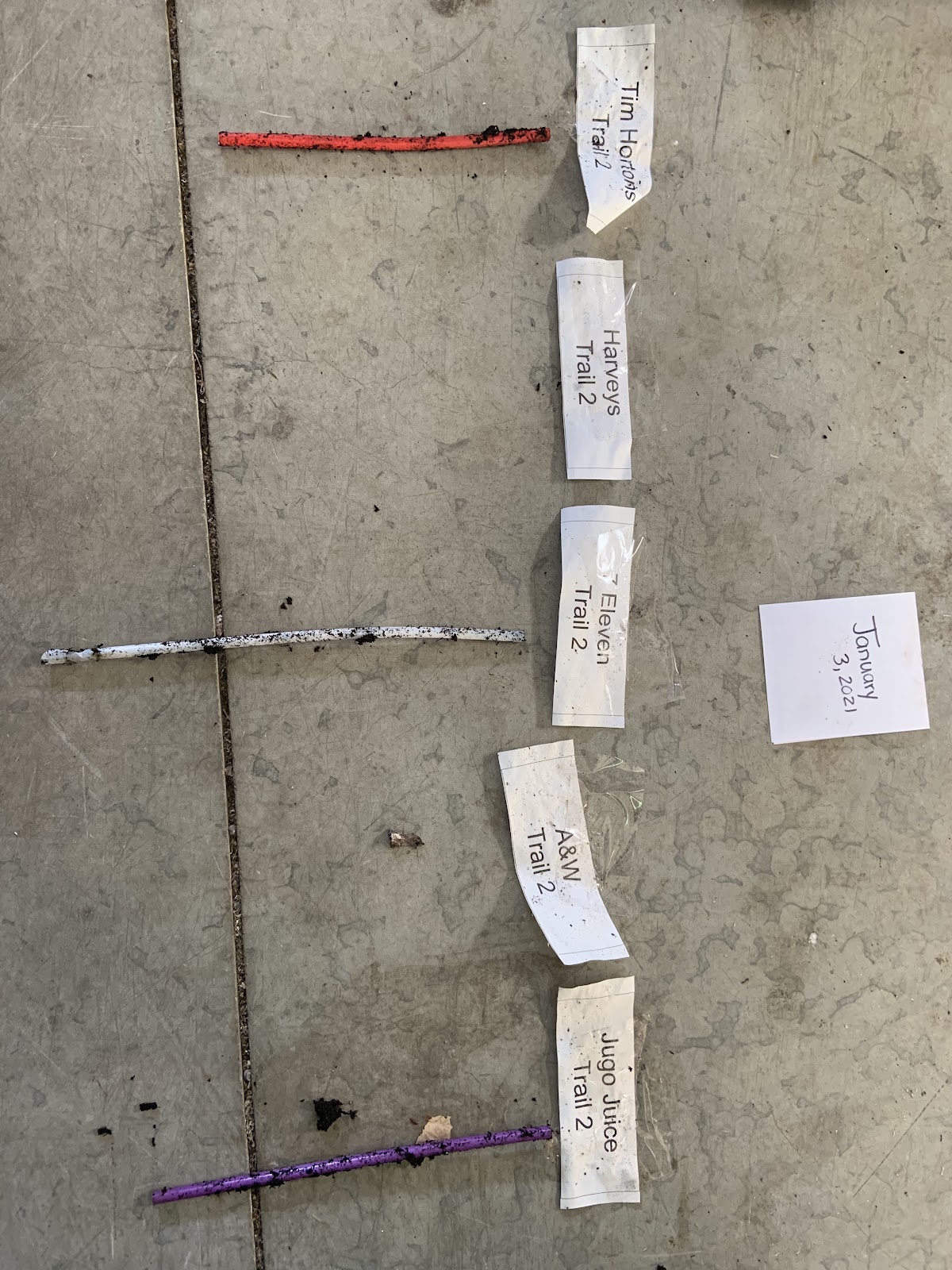 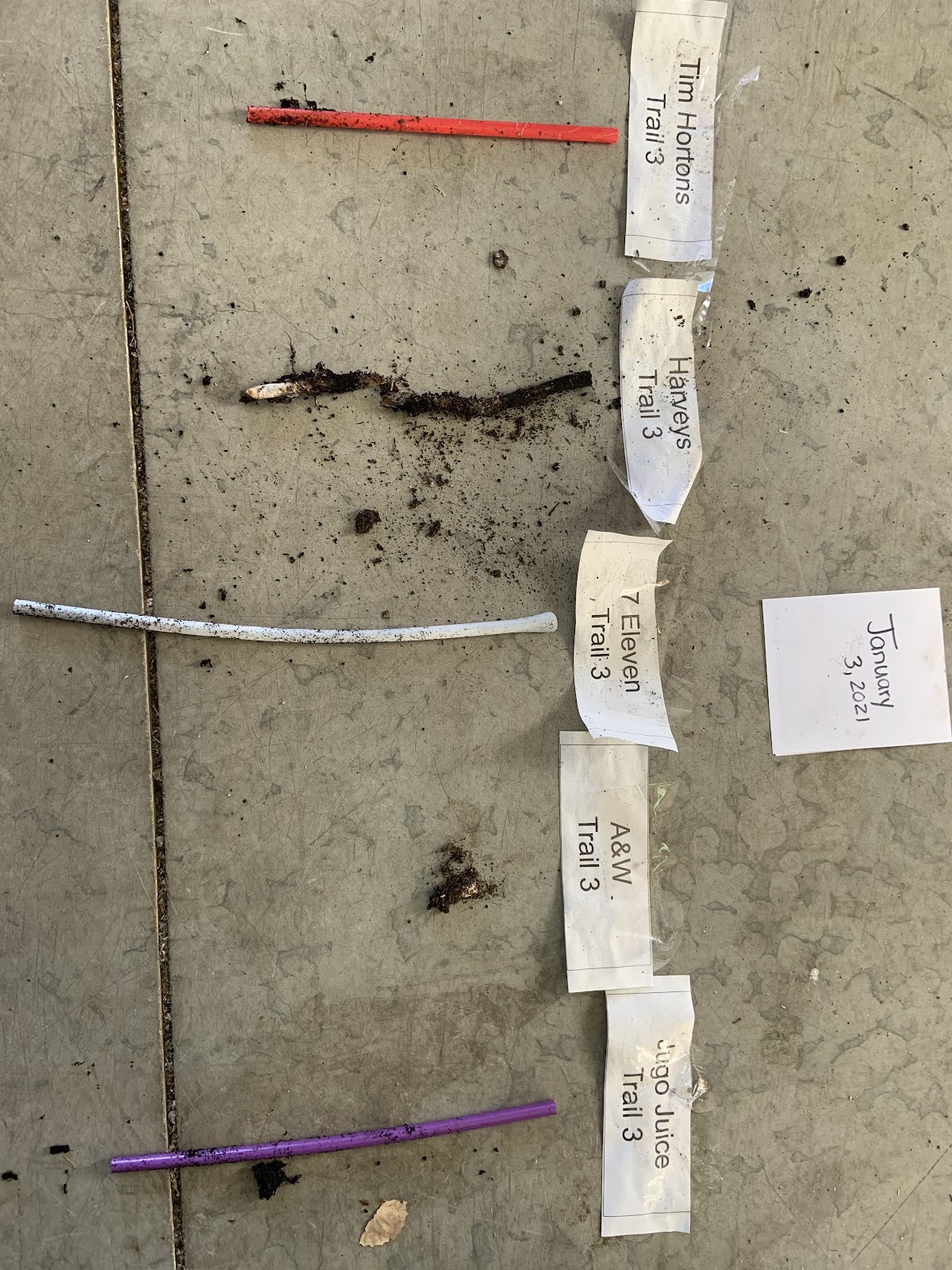 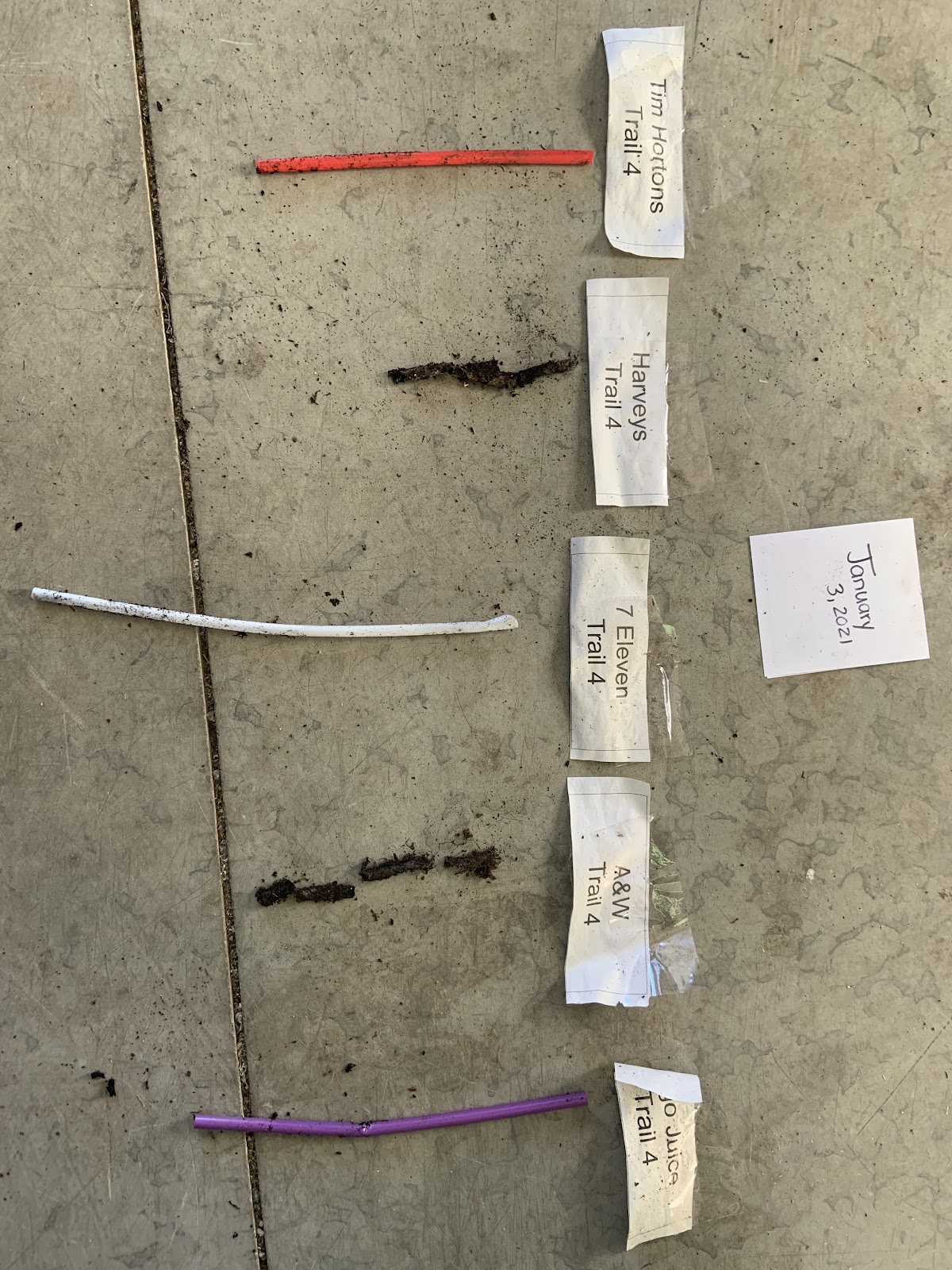 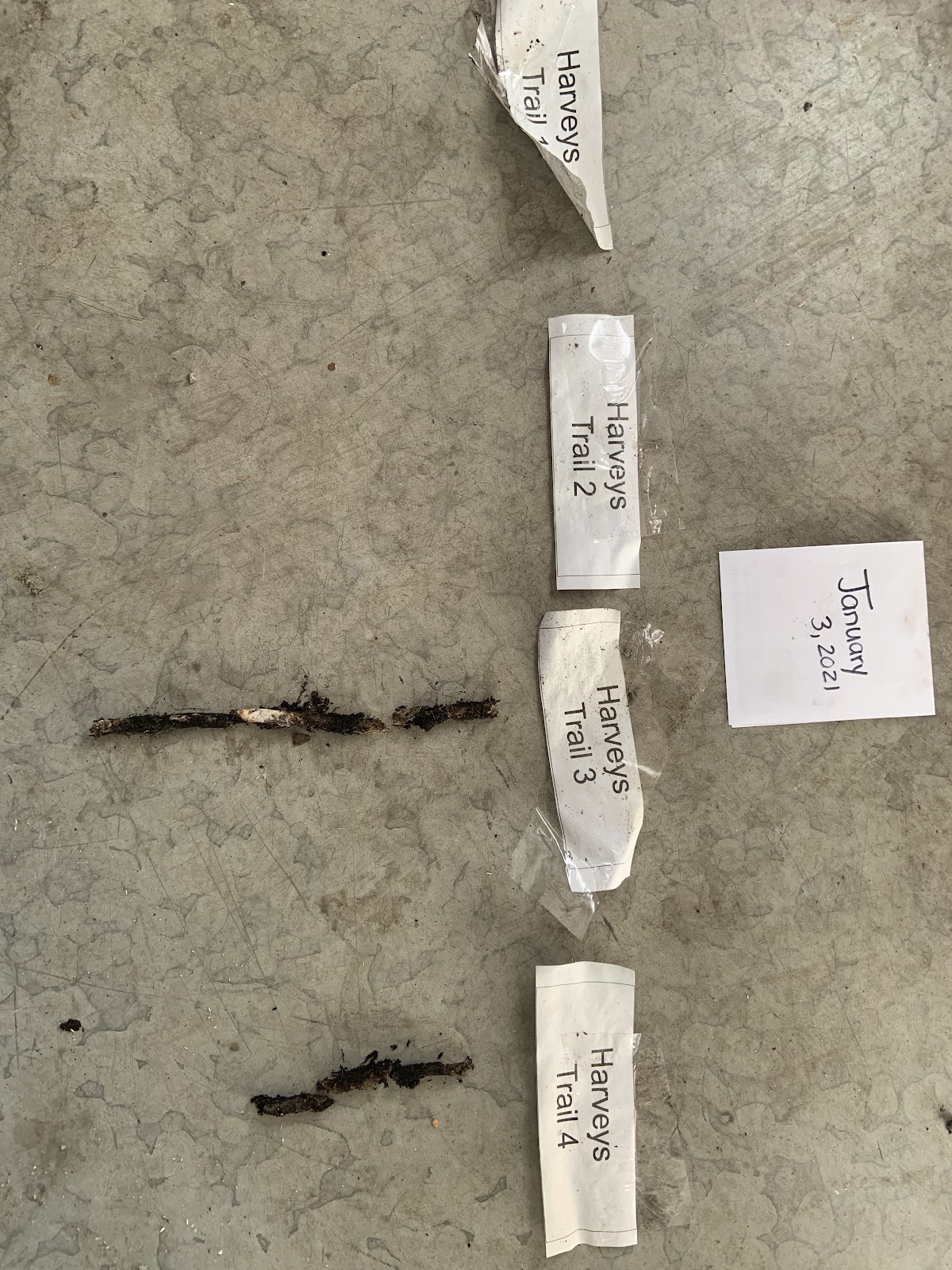 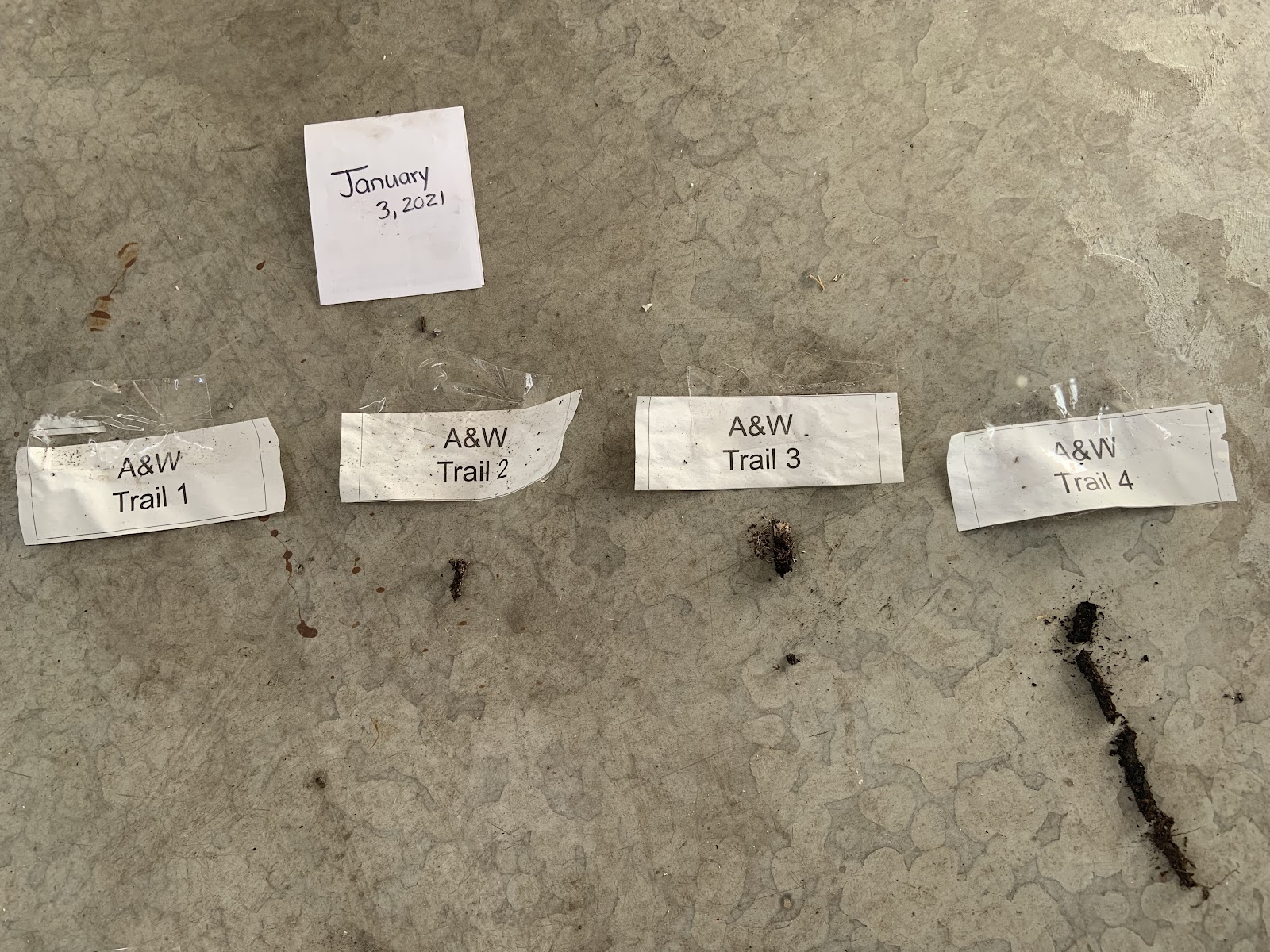 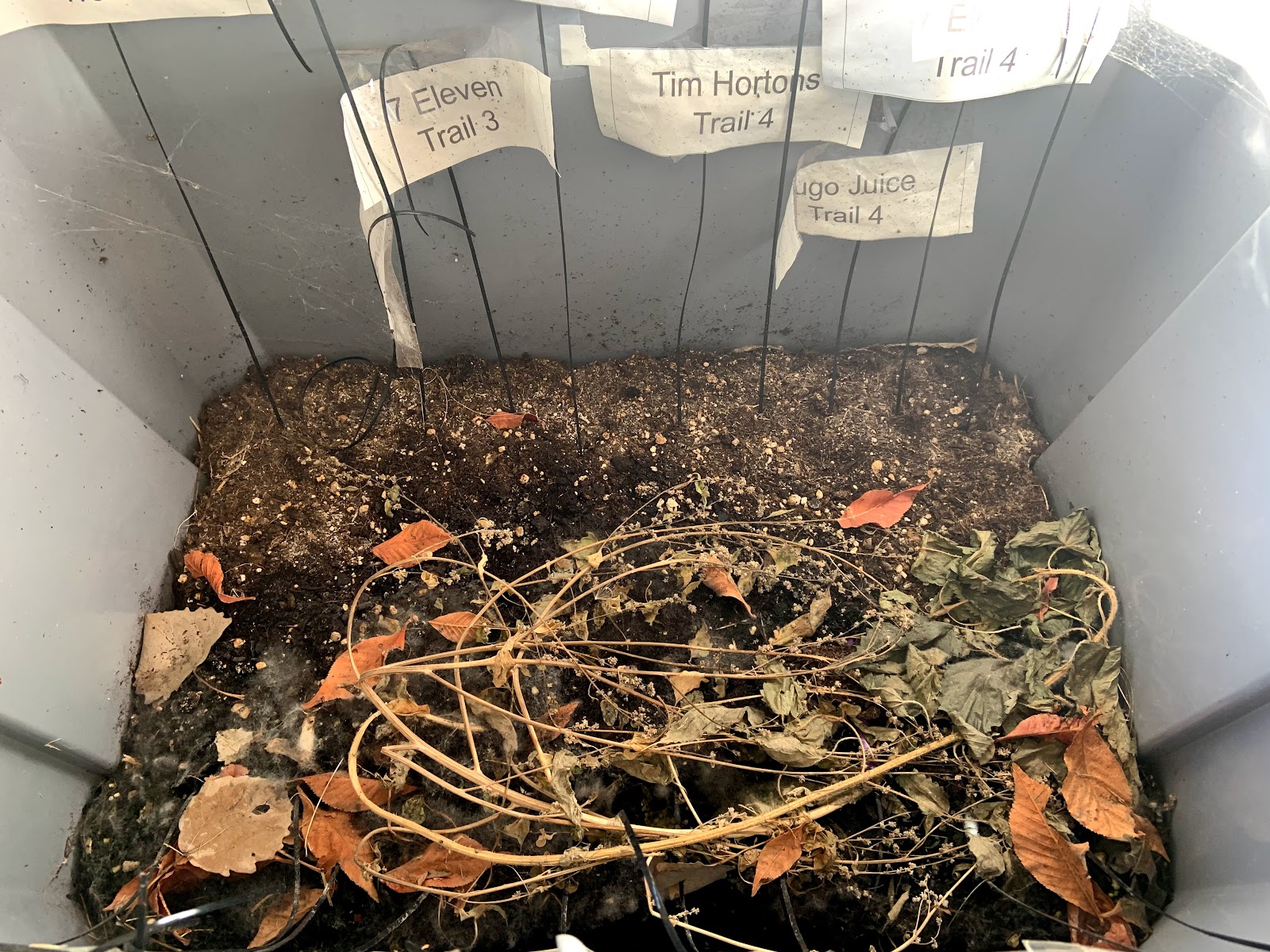 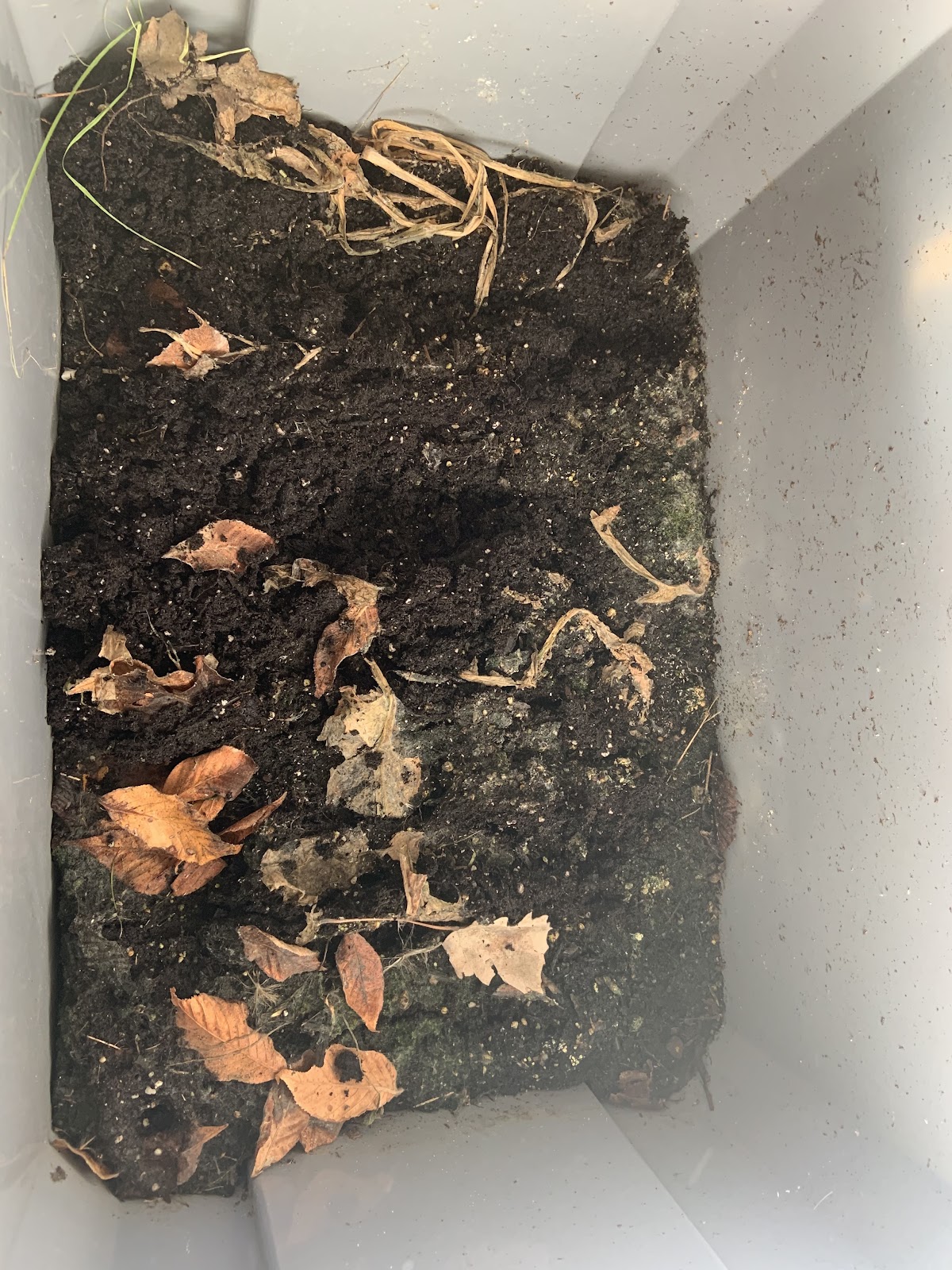 I took the straws out and measured the length in cm. After that to calculate the % of how much was left I divided the length left by the original length and then times that by 100. I did this because each straw was a different length to start. An error could be that I put to much soil in the bin of trial 3 + 4 and that caused it to grow more mold and weeds.  My trial 3 + 4 straws also didn't decompose as much because of more soil in it. I used Tim Hortons straws as a control because they are made out of plastic and it can take them up to 200 years to decompose so that I could compare it to the other straws. 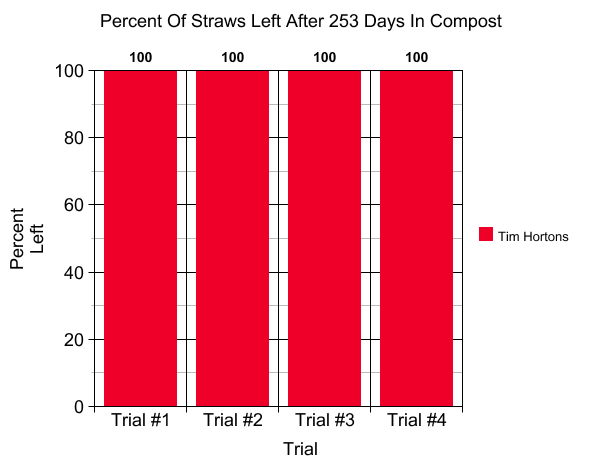 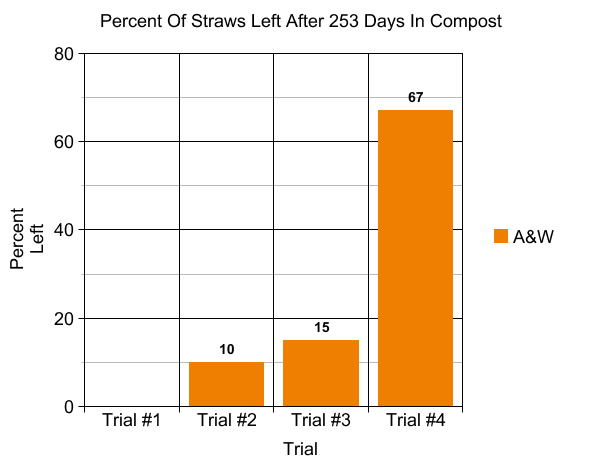 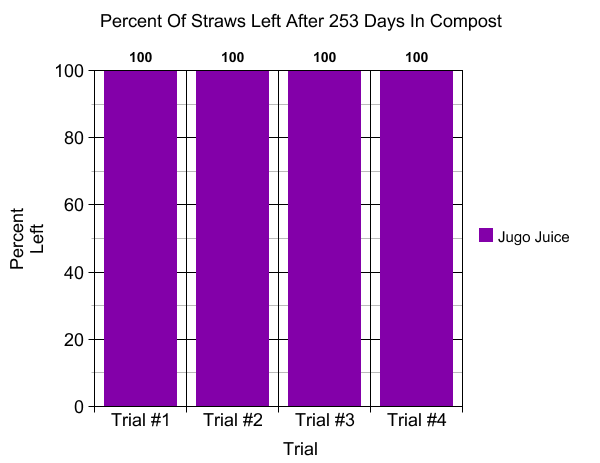 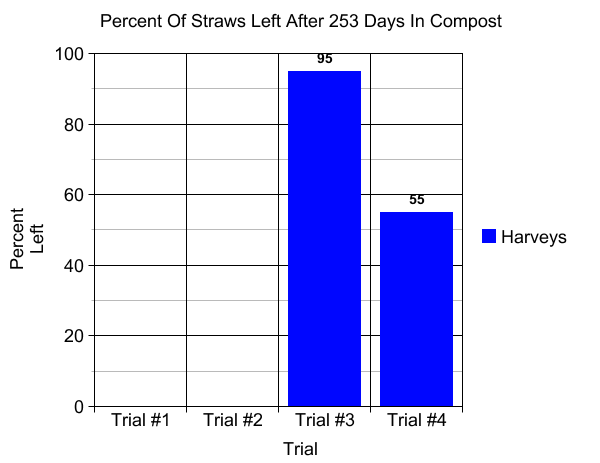 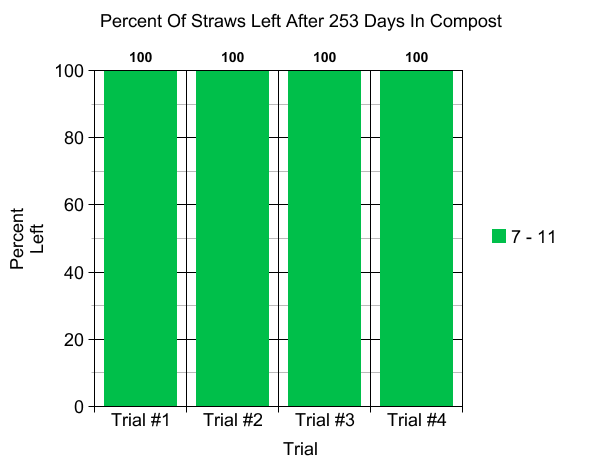 In conclusion A&W won becuase when I added all of the percenteges toghether and then divided the awnser to get the average, A&W's average was 23% was left on the straws and Harveys had  37.5% left. Both those straws were made out of paper and it only takes 45 - 90 days to decompose and I had them in my compost bins for 253 days. 7 - 11, Jugo Juice and Tim Hortons all had 100% left because they didn't decompose at all because Tim Hortons was made out of plastic and on average it takes 200 years to decompose. 7 - 11 and Jugo Juice were biodegradable straws and they usually take 2 - 3 months to decompose while others take up to 6 months. The straws from 7 - 11 and Jugo Juice needed to be in a commercial compost facility because they are made from plant starches and oil like corn. I did notice that 7 - 11 changed their straws from the biodegradable straws to paper straws in July of 2020 and I emailed the company to see what made them change their straws.

I did this project because I wanted to learn more about which straws decompose the most in a certain amount of time. Another reason is to know what places have enviromentally friendly straws so that when I'm eating out I can go somewhere where they have compostable or biodegradable straws to help the enviroment. I also think that instead of getting plastic straws everywhere, people could carry a reusable and portable straw to reduce the amount of plastic going into the landfills and oceans. Since I started the project, the COVID - 19 pandemic made people use 29% more single use plastics than before the pandemic and I think this is a good way to reduce the amount of plastic used.

The compost bin of trial 3 + 4 that I made had more soil, green and brown scraps than the bin of trial 1 + 2. Another error was that I could not give the straws enough air because I could not move the dirt around because if I did do that I would lose the straws off the strings and I learned that a compost has to have air, water and heat. I had it in direct sunlight but when winter came it dropped the temperature so much that it didn't get as much heat as it did when I started it.

The City of Calgary Compost Facility for giving me information about composting.

My parents for buying all of the nessecary materials for my project.