We Can't All Live on Everest pt. 2

I am trying to create something that can take carbon dioxide out of the air and turn it into dry ice to use for cooling the ice caps.

In the past 36 years, the sea levels has risen 10 inches! Water levels are rising by 1.7 millimetres a year but will speed up if we don't do anything. As well as ice caps melting and adding water to the oceans, climate change is causing ocean temperatures to rise thus leading to the water expanding and taking up more space. I chose to focus on melting land ice over melting sea ice because it is what is causing sea levels to rise. If the sea ice melts it is already displacing the water so as it melts it won't make a difference in the sea level, but if the land ice melts it adds more water to the oceans. If sea levels continue to rise, habitats for fish, birds and plants will be lost, As well as habitats for polar bears, walruses, penguins and other arctic animals. 71% of the earth is coved in water, 3% of all that water is freshwater, 10% is covered in ice and 70% of all freshwater in the world is frozen. If too much ice melts it will add too much freshwater to the oceans, this is bad because it will change the currents of the ocean and affect the world's weather. Last year my project was called "We can't all live on Everest" (which unfortunately I did not get to present due to Covid) in which I tested different ways to prevent the ice caps from melting. I looked at using insulation in the form of covering tiny areas of ice with an insulator. Creating artificial cloud cover to help block the sun and potentially create more snow. I also looked at using dry ice to cool the ice caps. Out of the three simulations, the dry ice performed the best. I believe that this is because when the dry ice sublimates it creates a cold fog which cools the ice. All of my research from last year made me wonder could I create a way to capture CO2 from the air turning it into solids carbon dioxide (dry ice) to help cool the ice caps. This led to my project this year in which I explore this process. 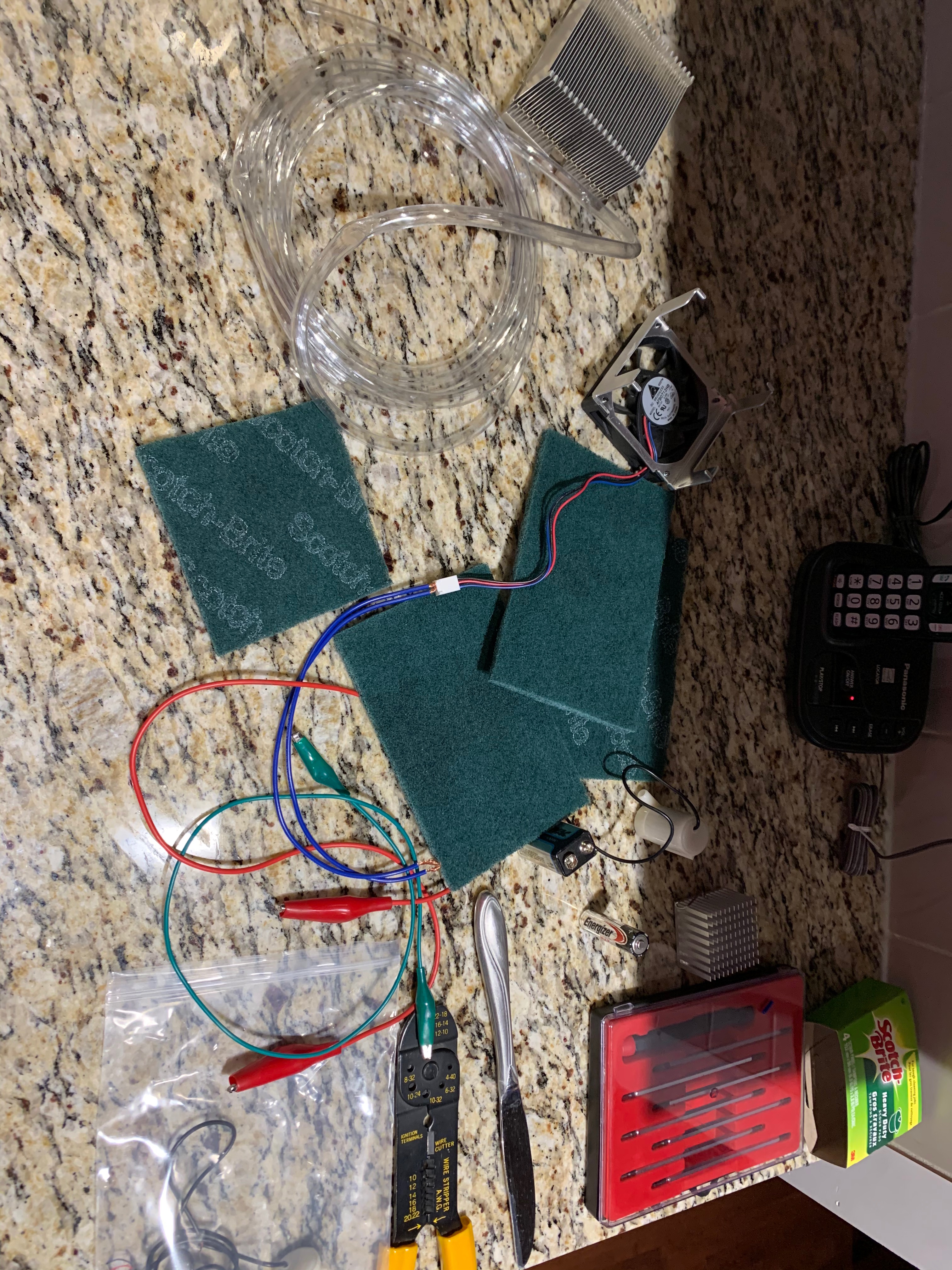 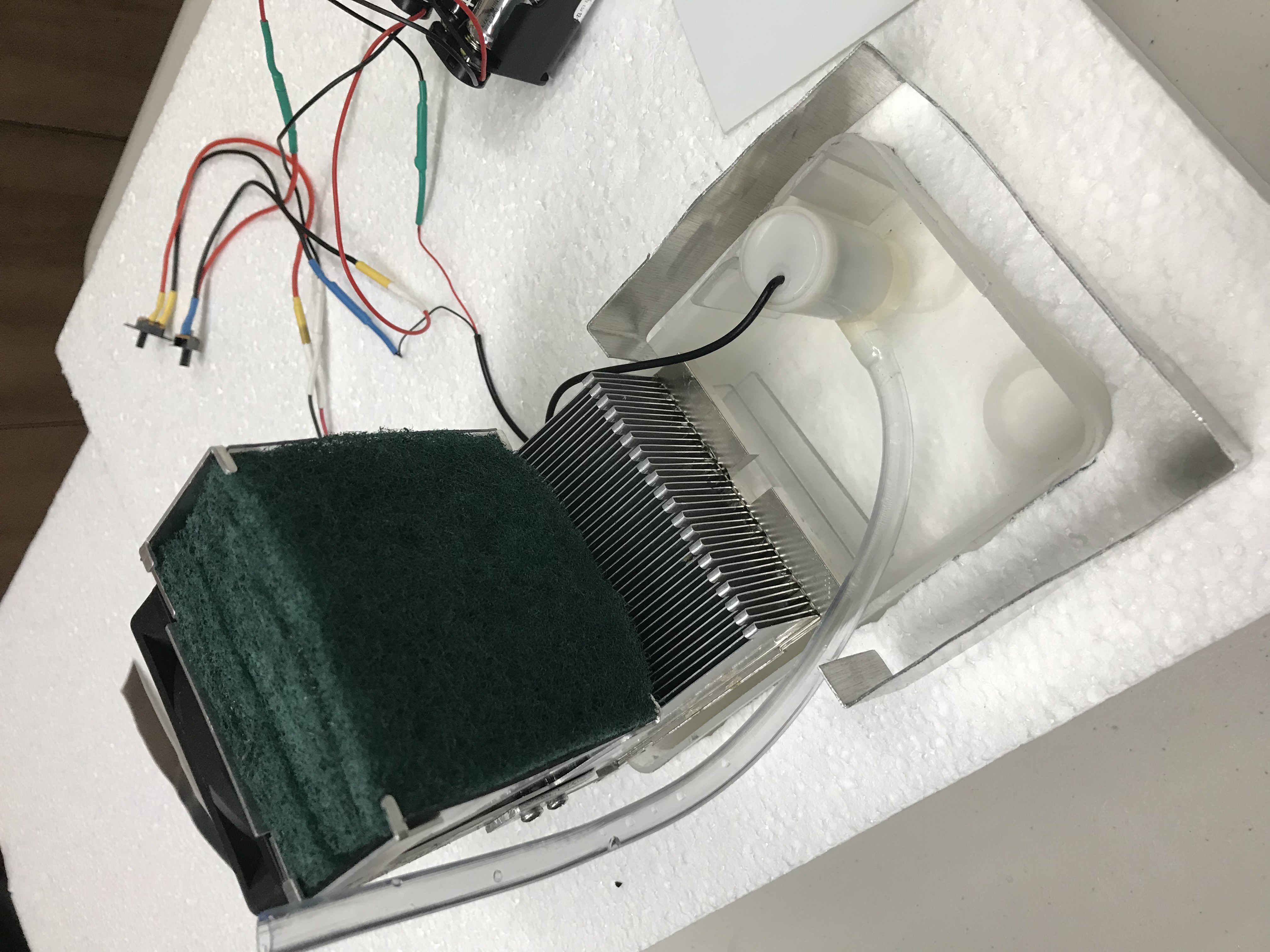 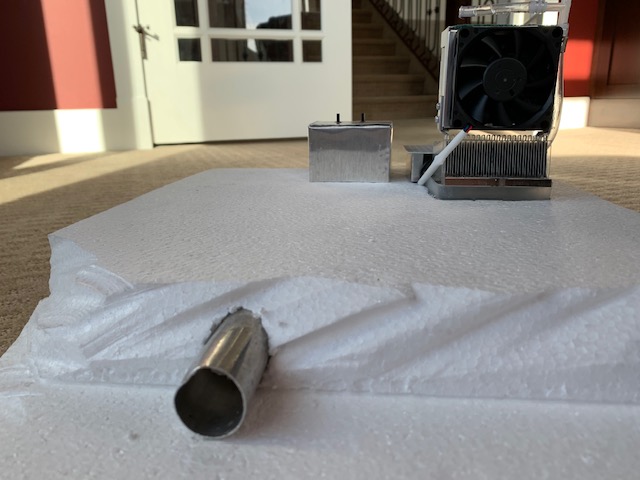 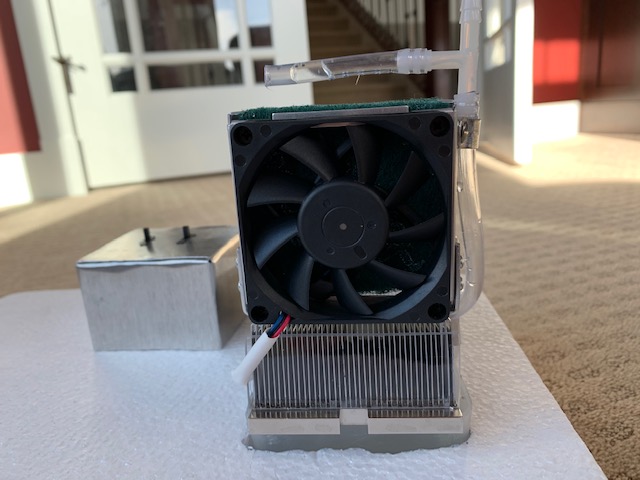 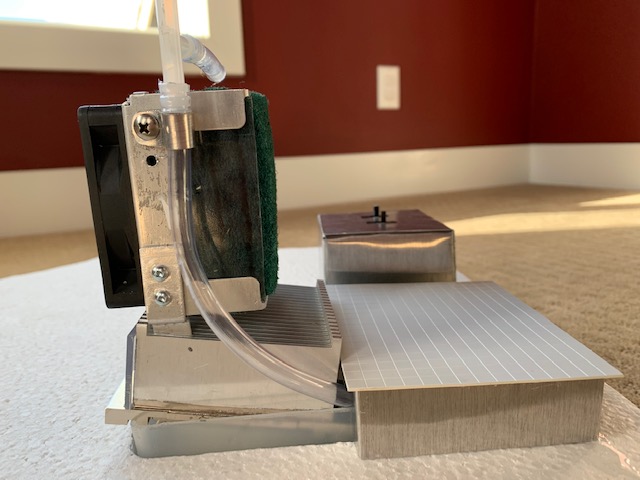 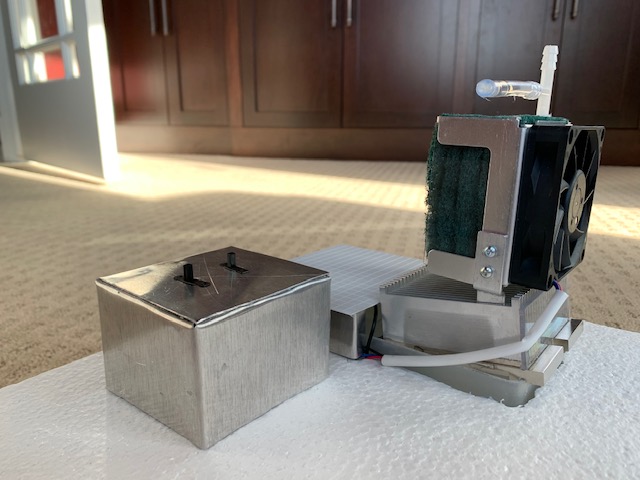 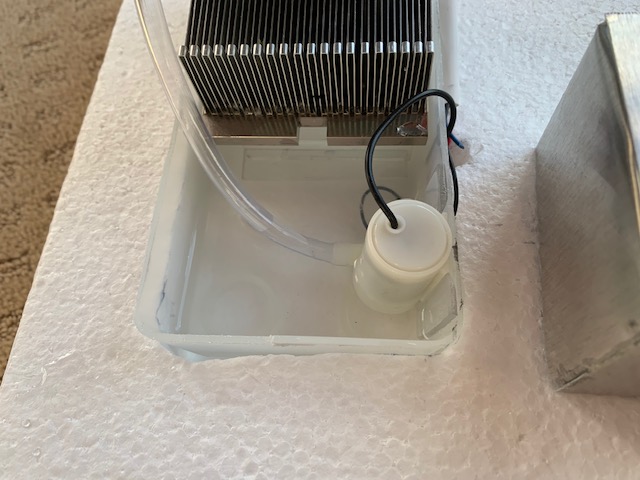 I started my process by review my data and information from last year. I then started to look into some research, and while researching I was adapting my ideas of how I believe this machine would look and work.

My 1st idea was to build a really tall tower that has a mechanism at the top that would take in Cardon dioxide, transport it to the bottom of the tower where it would then be compressed into solid CO2.  After further research, I came across direct air capture which I had not been aware of its existence previously. I then redesigned my idea to model how the direct air capture works however instead of the CO2 being buried or turned into fuel as it would in a regular direct air capture facility. It would instead be transported to a separate building in which it would be cooled and compressed into solid CO2. After the cooling and compressing process it's pumped through three of four large tubes across the ice.

After my research, I started to think of designs for my project, I began by building my ideas out of lego. Once I had a handle on what I wanted it to look like I began to construct my model.

In the end, this is how my system works:

1.  A fan takes in air from the atmosphere.

2. The air moves through a filter that has amine poured onto it. Only carbon dioxide will stick to the amine letting the rest of the air molecules pass through.

3. The carbon dioxide-rich amine solution falls out the bottom of the filter and is pumped into a pellet reactor.

4. In the pellet reactor the carbon dioxide is heated which releases the amine that is recycled back into the system and leaves only the CO2 pellets.

5. The CO2 goes through purification processes and is turn into pure gas carbon dioxide.

6.  That CO2 is subcooled and liquified and then injected into a holding tank where it is compressed at a temperature of -109 degrees, turning into solid CO2 more commonly known as dry ice.

7. That CO2 then sublimate and as it does it is pumped through tubes to different locations to cool the ice.

Following my research, I believe that turning carbon dioxide from the atmosphere into dry ice should work. I think one upside is it is using direct air capture so it is reusing carbon dioxide from the air instead of creating more. The cost of building the facilities would be high and there may be a temporary impact on the area during the construction due to traffic and activity. However, with the right sensors and monitoring systems, the operating costs should be lower and will decrease as technology improves.

One of the larger problems with dispensing mass amounts of CO2 is it could end up harming artic life by suffocation and too much CO2. My fix for this problem is to create large greenhouses to grow trees in which would have small direct air capture machines that would take the extra carbon dioxide and feed it to the trees.

After my project was finished I believe that this idea of taking CO2 from the air and turning it into dry ice to use to cool the ice caps will work. I believe it also has the ability to help reuses the amount of CO2 admissions being released. I believe that by saving the ice caps we are preventing the sea levels from rising which in turn will save animal habitats. We are also slowing the amount of freshwater that is entering the oceans, if too much fresh water is added it will disrupt the balance of the salt water and fresh water in the oceans which has an impact on the weather around the world.

Please see all citations in logbook.

I thank my father for his help in creating the model and my mother for helping with the video and the tech side. Thank you to my teachers Mrs. Savile and Mr. Ryan for answering questions and guidance. Anyone who helped provide information that I was able to access for my project.