Is a Dog's Mouth Cleaner than a Human's Mouth?

Swab dogs mouth and swab my mouth and then see what bacteria grows in a petri dish and then count the bacteria.

My hypothesis is that a dog's mouth will grow more bacteria in the petri dish than the humans.

According to livescience.com a dog’s mouth is dirtier than a human’s mouth. “In short, a dog’s mouth is besieged by its own legions of germs, roughly as huge in population as those living in the human mouth and causing a similar array of dental illnesses.”

Dog’s mouths are so dirty because of dental hygiene, rotten teeth, food, and licking their bums. Scientist Donna Main tested her dog and discovered “there is tons of bacteria present there. We found actinobacillus pleuropneumoniea, neisseria zoodematis, and pasturella multpcida, another bacteria that causes wound infection and meningitis in humans.”

My control variable is the person, the dog, the amount of nutrient agar and the type of swabs.

My independent variable is my mouth and my dog’s mouth.

My dependent variable is the number of bacteria on the petri dish.

First I boiled the nutrient agar to kill all bacteria, then I poured the agar solution into the petri dishes.

Second I swabbed my mouth and my dog’s mouth three times for multiple samples.

Third I waited for the bacteria to grow. 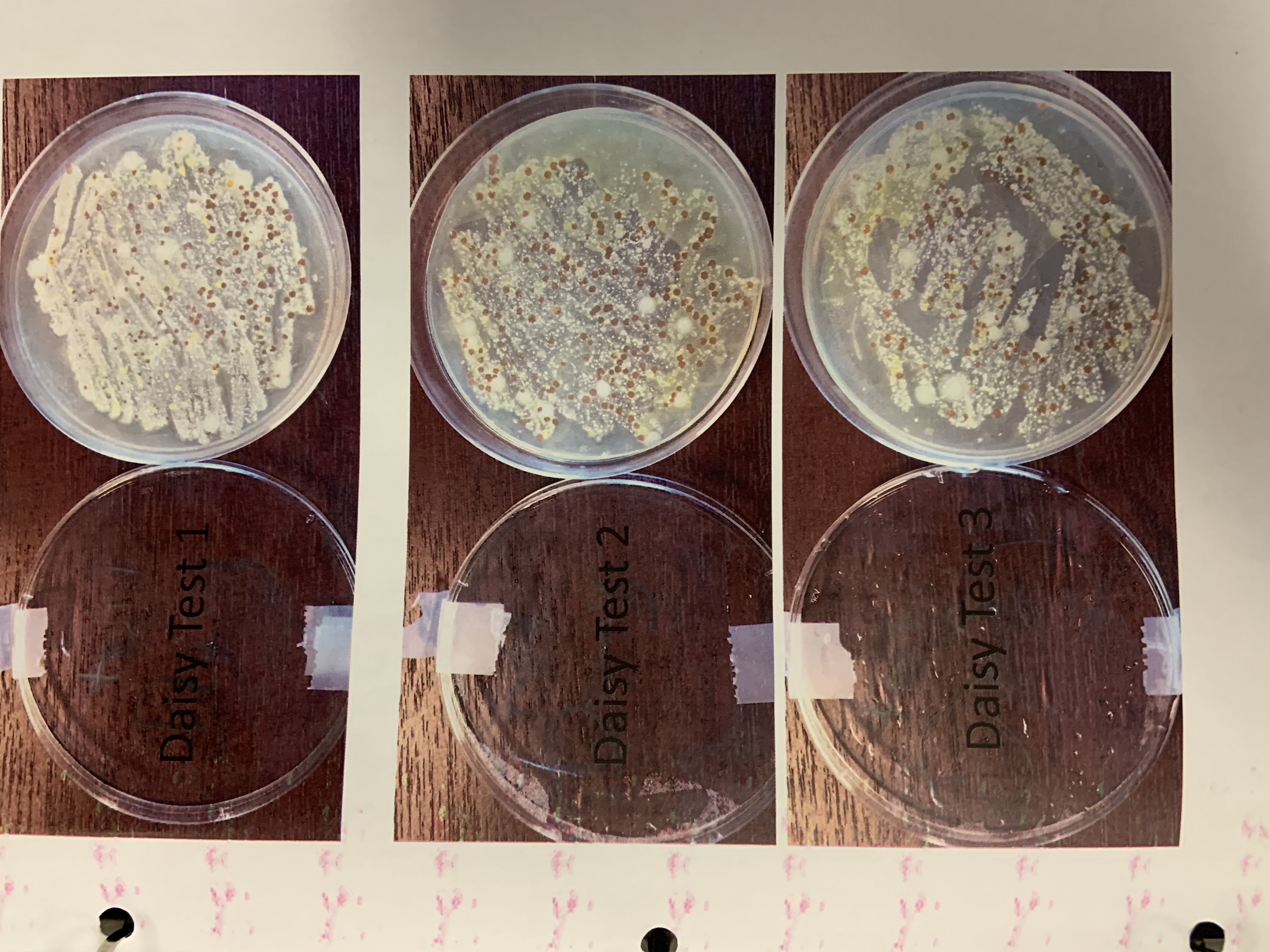 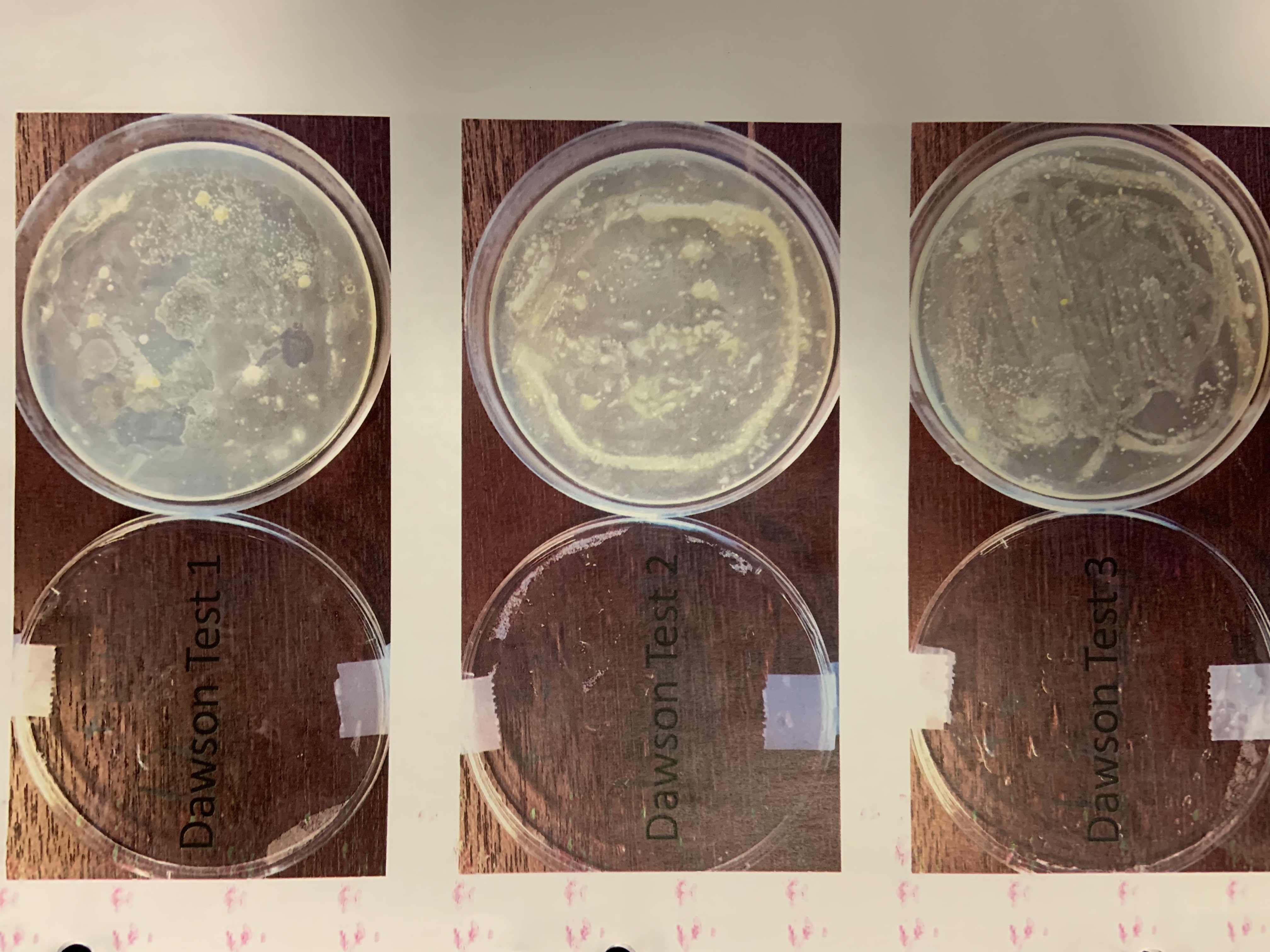 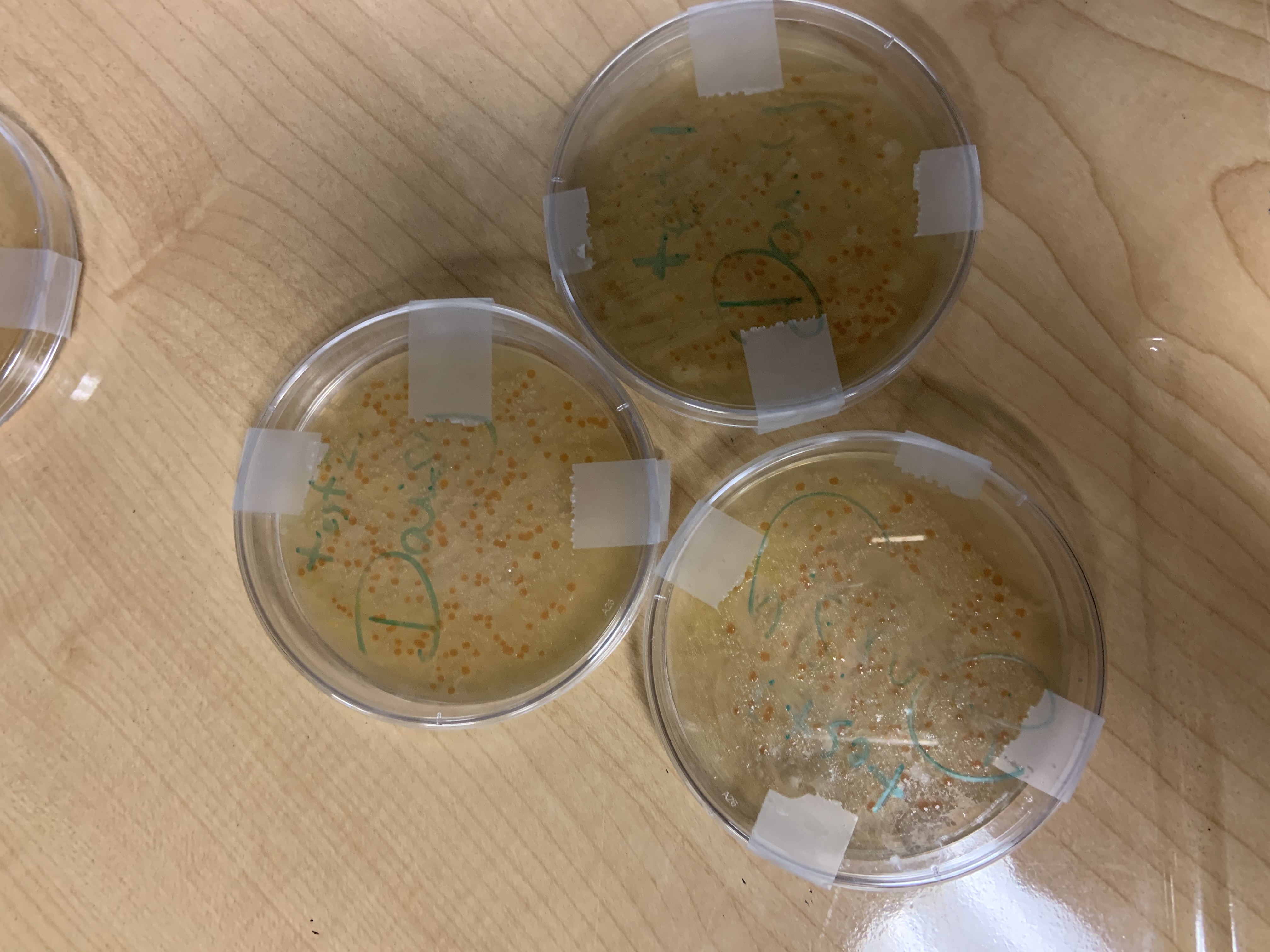 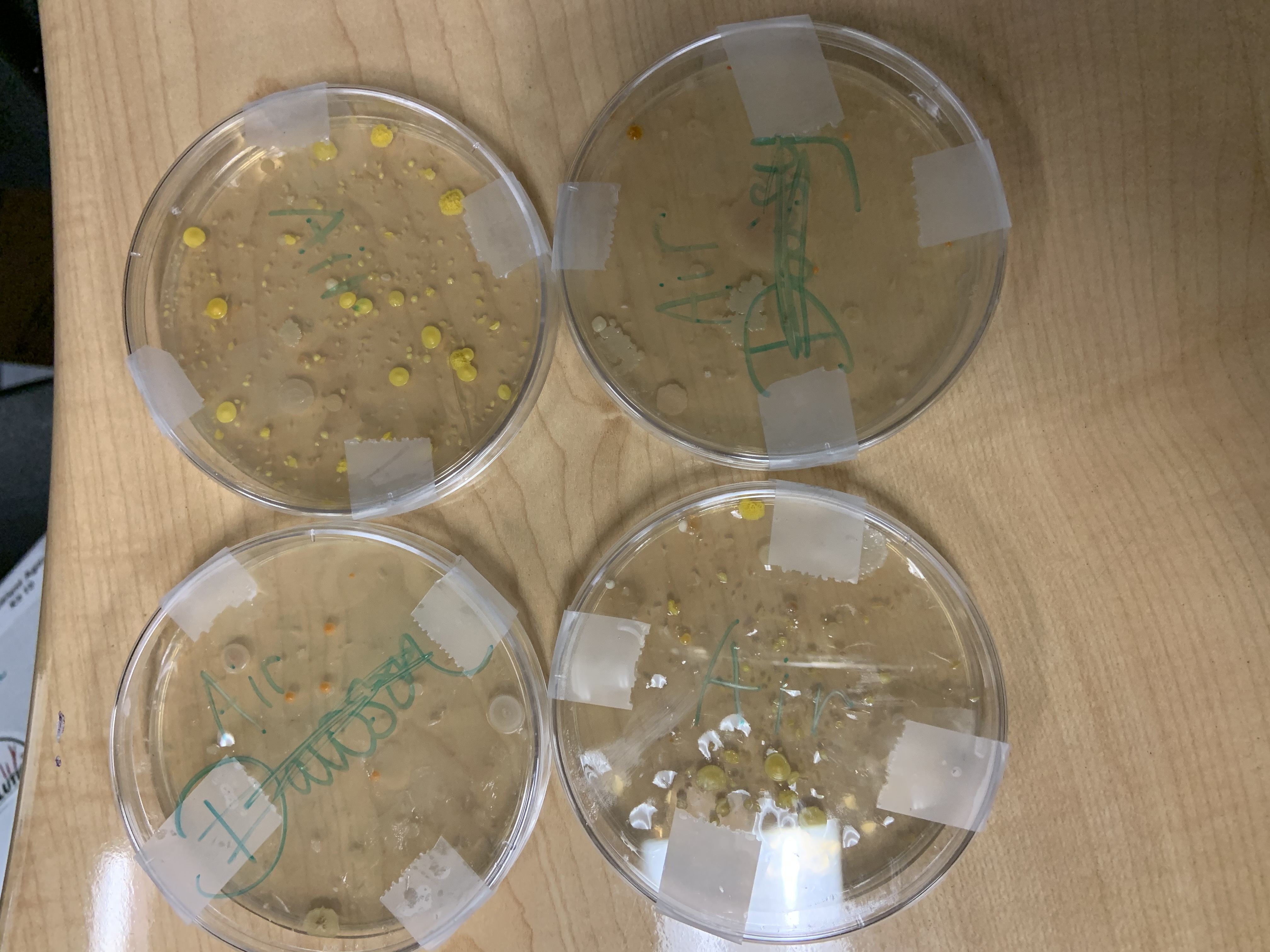 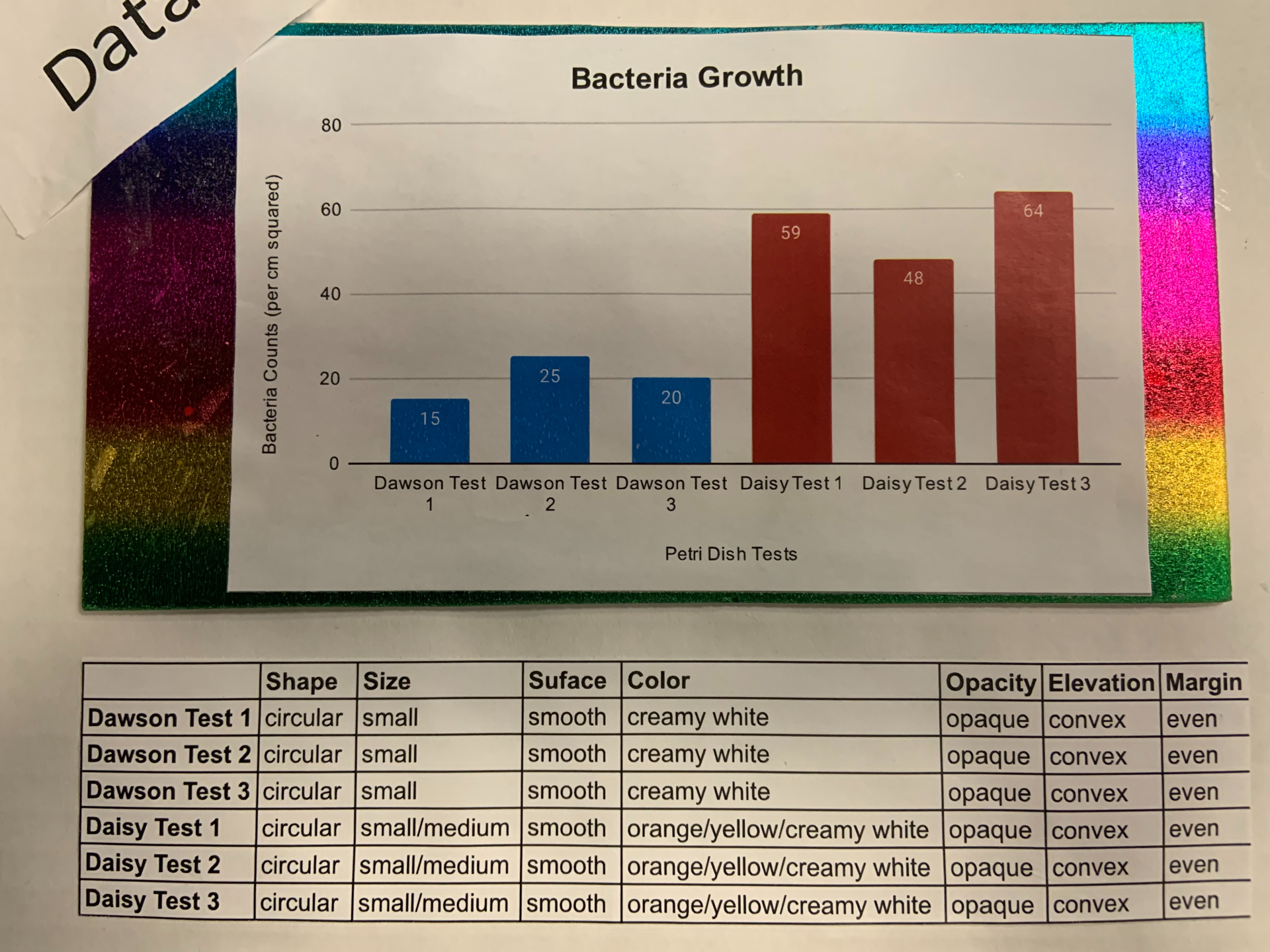 I conclude that a dog's mouth is dirtyer than a humans because. Dental hygeen, roting teeth and licking teir bums.

I did this experement because I want to know how dirty and safe dog's saliva is.

Not swabbing on the same day and changing the inviroment whrere it incubated.

I would like to thank my teacher for helping record the video, my mom for helping with my experiment my and dog for giving me consent to swab her mouth.